On the way back from WNEP's "Pennsylvania Outdoor Life" Expo Thursday afternoon, I decided to get off Interstate 81 and see if I could get an up close look at the baseball stadium in Moosic.  A left field gate was open, so, camera in hand, I stepped inside. 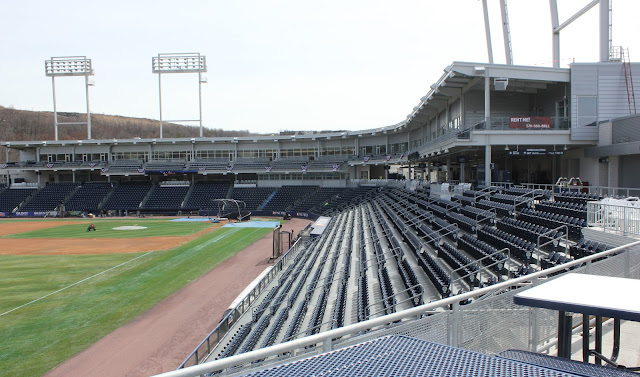 After a walk around, I decided it was a lot like Coca Cola Park in Allentown, home of the Iron Pigs, but something was different.  While Allentown has warm brick and tans, the stadium in Moosic is cold and icy steely grey.  An Allentown shot, from August of last year, is directly below.  Both parks are low.  There are no upper decks.  Fans are close to the action, and they can walk around both parks in their entirety. I do realize the Moosic stadium is a remodel, and not new construction.  Hey, we only spent $ 40 million and gave up control of the team to get this.  Still, fans should be happy with what they see. 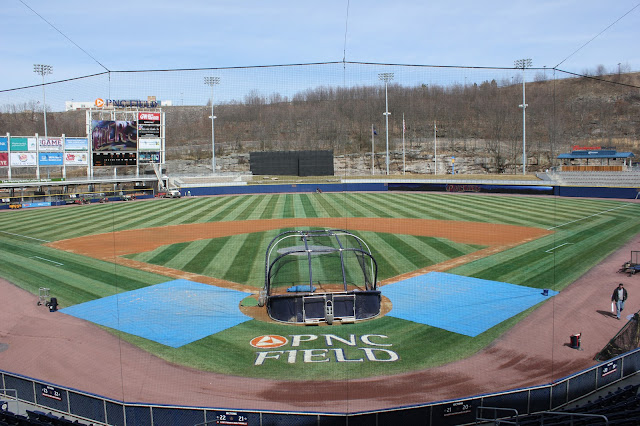 It's one of those new parks-- as much playground as it is baseball stadium.  That's the way it is these days.  Be family friendly.  There's more to a trip to the ballpark than baseball.

Below is another Allentown photo. 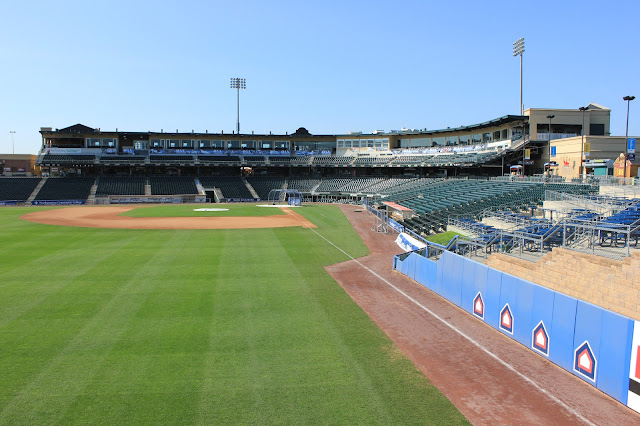 While I don't like the RailRiders name or logo, and the mascots, except for Champ, are creepy, I don't want the local effort to fail.  The new owner and old management company have a rather dubious track record for fan friendliness and media savvy.  I trust they've learned from the attendance sucking behavior of the past and it will be a good 2013 season. 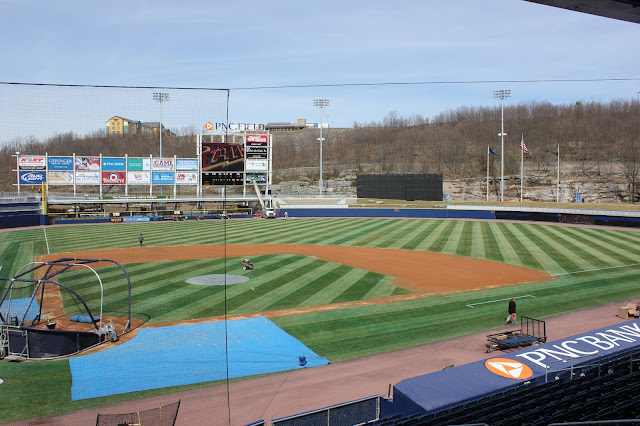