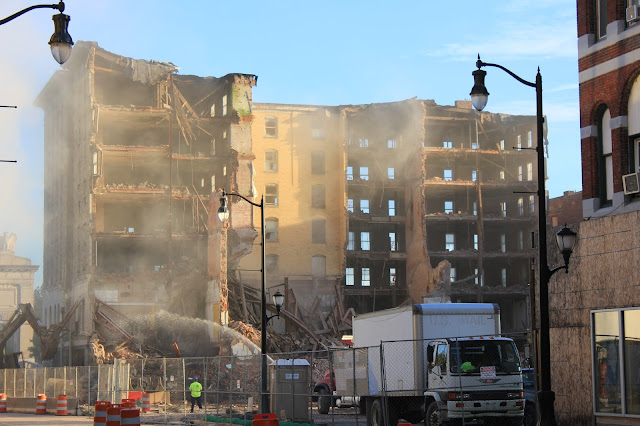 You knew I'd get to the demolition of Wilkes-Barre's Hotel Sterling eventually.

To get you up to speed, after years of government bungling, it was decided the old hotel was too far gone to save.  Demolition started Thursday morning.  As you can see from these Saturday morning photos, the project is moving quickly. 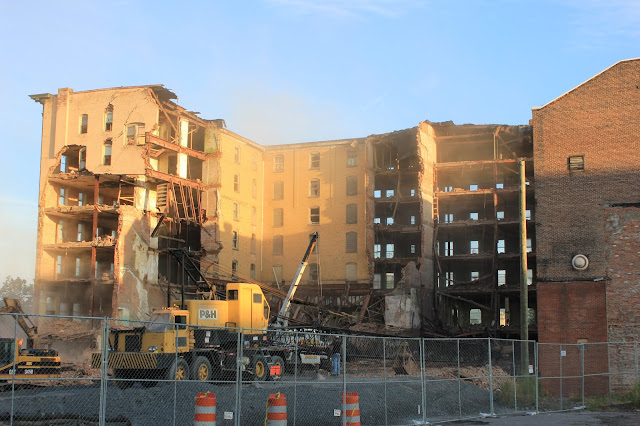 I saw a cloud of dust as I approached the east side of Public Square.  Demolition apparently resumed just after daybreak Saturday, and even at that early hour, it drew a crowd.

As the excavator pulled a hunk from the lower floor, I noticed a few crumbling bricks at the top.  It looked like a major section of the hotel was about to collapse.  I quickly switched my camera to the "continuous shoot" mode.  I didn't have to wait long.  The sequence is below. 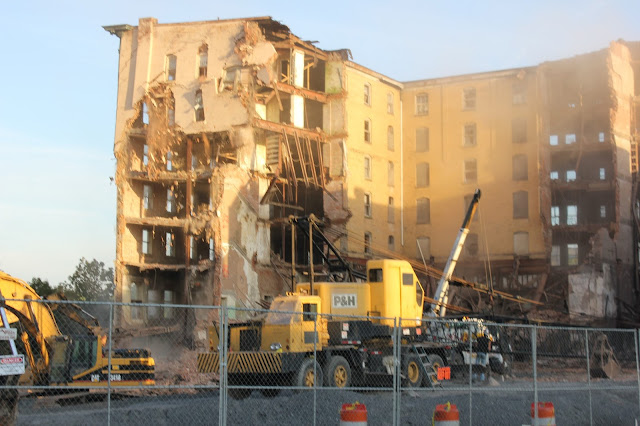 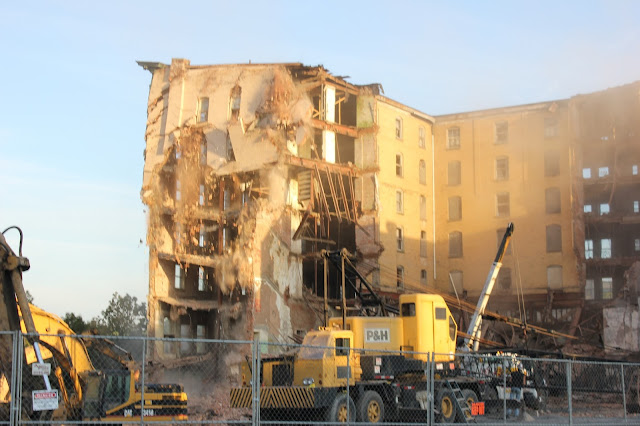 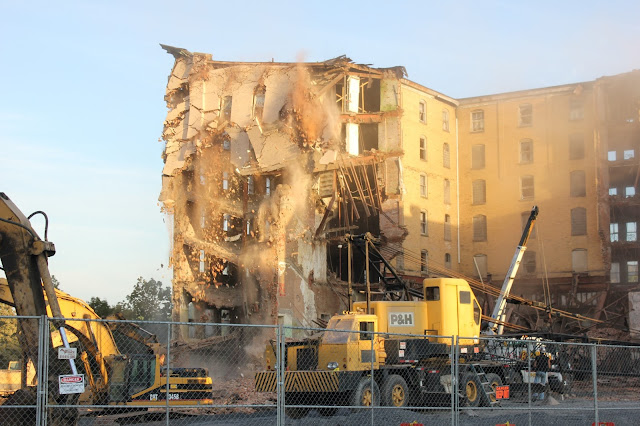 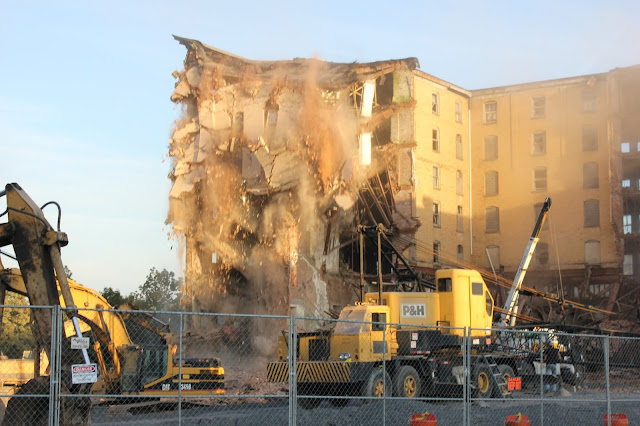 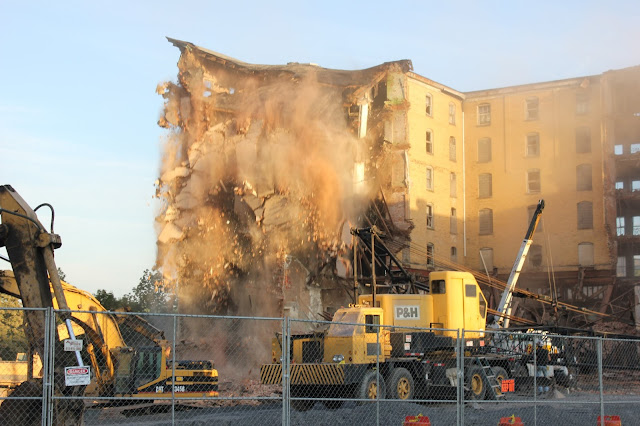 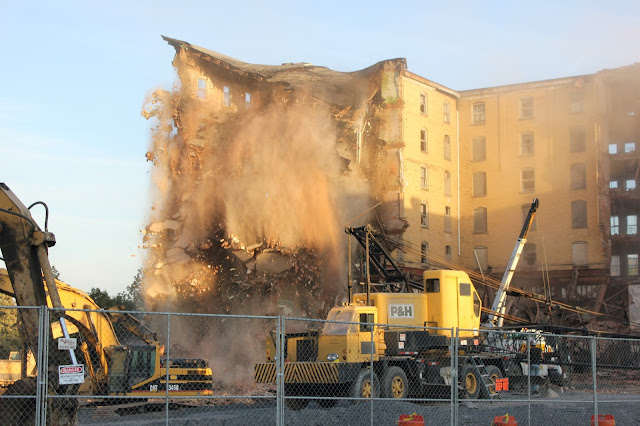 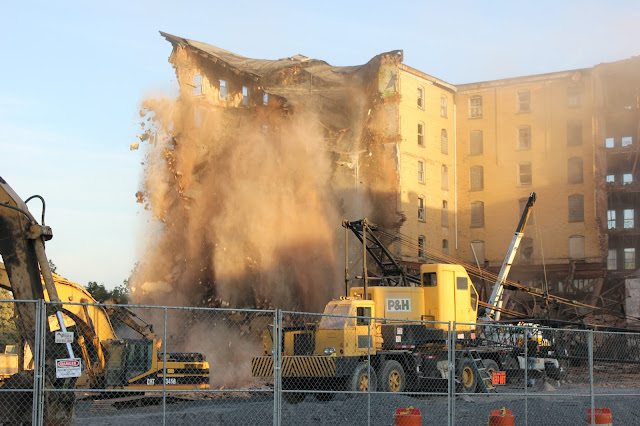 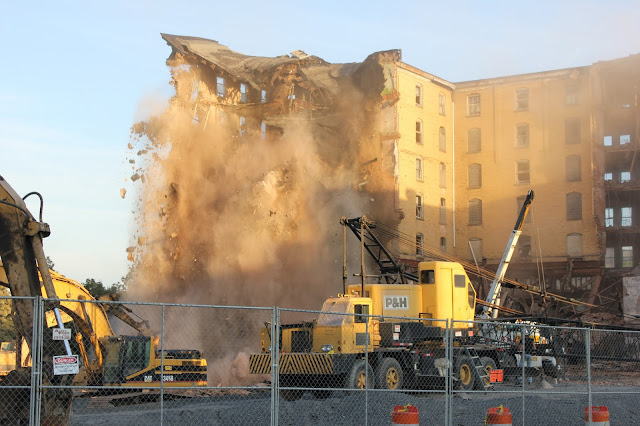 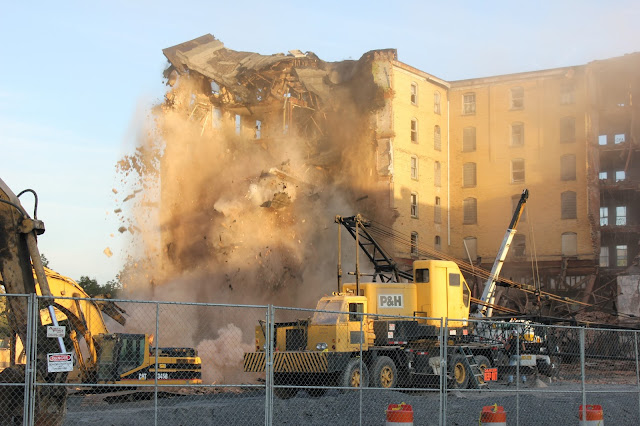 There are a few more, but you get the idea.

A cloud of dust was coming my way, so I high tailed it out of there.

The Sterling has a lot of memories for me.  I met Sen. Bob Dole here.  It was home to the Citizens Voice newspaper for a while.  I watched Rep. Jim Nelligan concede an election here.

This didn't have to happen.  It shouldn't have happened, but it did.

We'll have to wait and see if predictions for quality development on the space come true, or if it's just another unfulfilled local dream.
AT 12:00 AM