Everyone Knows It's Windy 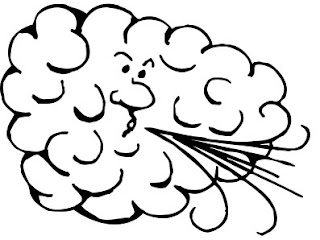 It was one of those rare days in the TV news business where you set off without a firm plan of action.

It was Monday morning, 6:30 AM.  Photographer Corey and I were contemplating how to spend our day.  There were a few good potential stories, all close to home base in Moosic, but all taking place later in the morning.

Central Pennsylvania got hit with high winds Sunday evening, and there was some damage.  The problem is,  it was a long way away, especially if you are responsible for filling a lot in the rapidly approaching noon news.  We had a general area for the damage, and only a few specifics.  A search showed it was a drive of at least one hour and 45 minutes.

Corey knows I can write fast, and I know he's a quick and efficient editor.  We had options if we got hung up out there late.  We could have used one of our satellite trucks or worked out of WNEP's Central Pennsylvania Newsroom.

Under the heading of "you miss 100 per cent of the shots you never take," and with the blessing of the assignment editor and noon producer, Corey and I headed west.  It was one of those exceptionally rare "let's just go and see what we can find" type of expeditions.  Half of was very concerned.  What if we strike out?  It could have been a long drive for nothing.

Shortly upon arrival, we found what we were looking for-- trees uprooted and broken, buildings damaged.  Corey photographed.  I did interviews.  We looked around, found more problems, documented those, and high tailed it back to Moosic.  Our piece made its slot at noon.  It was a good story.

Now, there's something you need to know about the morning shift.  I don't have a specific beat.  I'm liable to be anywhere.  Sometimes, that means taking a story away from another reporter on the staff because I can get there earlier.  This day's victim was Nikki Krize.  As it turned out, there was much more damage than I could show in my short trip.  There was more than enough room for a second reporter, and as we say, Nikki "turned a nice package" for the afternoon and evening broadcasts.  We talked via phone Monday morning.  I let her know what I had, and mentioned the areas we didn't get a chance to visit.  Team player.  Nikki got it done.

Unfortunately, on these "hit and run" visits to places I rarely see, I didn't even have a spare moment to get my own camera out of the bag to take a few pictures.  Central Pennsylvania is really beautiful, especially in and around the Sunbury area.  There were boats on the water, people in the parks, and some great looking mountains.

I was also amazed to see how much the Shamokin Dam/Hummels Wharf area has taken off.  It was always busy when I was there many years ago.  It's really grown into a massive commercial/retail center.
AT 12:00 AM