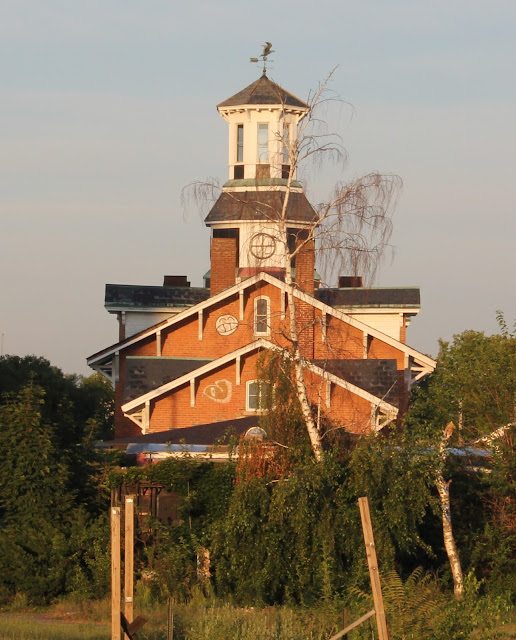 This weekend is dedicated to a couple Wilkes-Barre buildings, sadly, on the endangered list.

Yesterday, it was the Irem Temple on North Franklin Street.  Today, it's the old train station on Wilkes-Barre Boulevard.  This is the side profile, what you see as you drive south on the boulevard.

I love the different roof lines, leading up to the cupola.  As you can see, the site is overgrown.  The building, like the Irem Temple, has been vandalized.

The train station is in county hands.  There were plans to do something, but the county is broke.  There was a recent plan hatched by the Genetti Hotel people, and I hope it works.  You can't lose something like this.  Scranton receives a bit of an economic boost due to its association with trains.  There's no reason why Wilkes-Barre can't do the same thing.

As noted here recently, during a discussion of the Stegmaier renovation, the federal government doesn't have the money to throw around any more.  In a perfect world, it would be nice to see this fall under the National Park Service, and make it a sister site to Steamtown.  Could you imagine the popularity of excursions between Scranton and Wilkes-Barre?