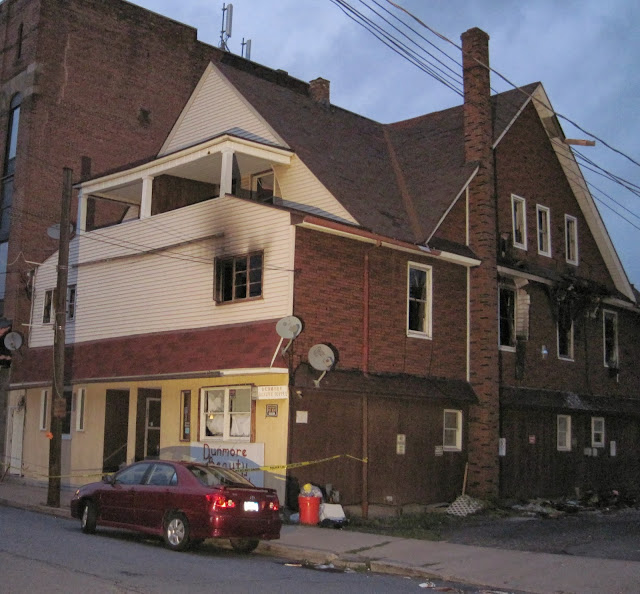 I've lost track of the number of fatal fires I've covered over the last 33 years.  They're all sad and horrible.  Some raise the bar to new levels.

Three people died in the building you see above.  The fire broke out just before 2 AM Saturday on Chestnut Street in Dunmore.  Eight people made it out thanks to the police officers who were first on the scene.

I looked at the building Monday morning-- checking the lay out, the entrances and exits, windows, stairwells, etc.  You wonder how these things happen.  A State Police fire marshal will likely list the cause as "undetermined."  The three people who might be able to aid in the investigation aren't around to tell their stories.

Something new was revealed Monday.  The building didn't have working smoke alarms.  Little kids lived here.  We should be thankful they're still alive today.

Community resources are already stretched thin, but municipalities have to do a better job making sure people live in safe housing.

We've said it before.  Smoke alarms are inexpensive insurance, and if you can't afford one, call your local fire department.  They'll probably find one for you and even help install it.
AT 12:00 AM