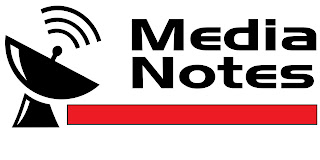 Guy Fieri is now doing commercials for an antacid.  Food Network "chefs" have to be the biggest group of "endorsers" in American broadcasting today.  Walk through the kitchen section of a store like Kohl's.  Their names are everywhere.

The Weather Channel people seem really disappointed the United States has yet to be whacked by a major tropical storm or hurricane this year.  Other than the local forecast on the 8's, there's really no reason to watch The Weather Channel.

I read where "The Big Bang Theory" stars are thinking of holding out, as a group, until they get $ 500,000 each per episode.  The show makes tons of money for the network.  There's no reason they shouldn't share in that.  on the other hand, the show will become very expensive to produce, and that paves the road to an early end.

New "Today" set:  Meh...  lots of orange, huge anchor desk.  It's better than what they had, but new furniture can't fix image and chemistry problems.

Charlie Gibson made a quick guest appearance on ABC's "Good Morning America" yesterday.  He's been off the anchor desk for several years now, and it was nice to see one of TV's classiest acts on the screen again.