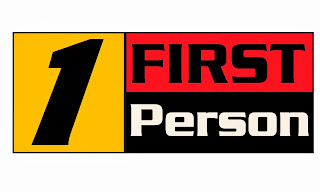 OK, enough already.  Early winter has gotten off to a snowy start, and I'm beginning to feel my usual late winter frustration a little early.

It has been said that everything in life is timing, and yesterday was a perfect example.  The clipper storm that hit our area presented some challenges.  It would start during our morning broadcast, and it would race from west to east.  The snow wouldn't be widespread when we hit the air at 4:30 AM, so instead of waiting for the storm to come to us, we went to the storm.

The first order of business when I walked in to the shop at 2:15 AM was deciding where to go.  We knew it would be west, but exactly where was still undecided.  After looking at some maps and remembering visual, but safe locations, we decided on the parking lot of the Columbia Mall at Buckhorn.  It's safely out of the traffic flow, yet it gives you a good view of Interstate 80. 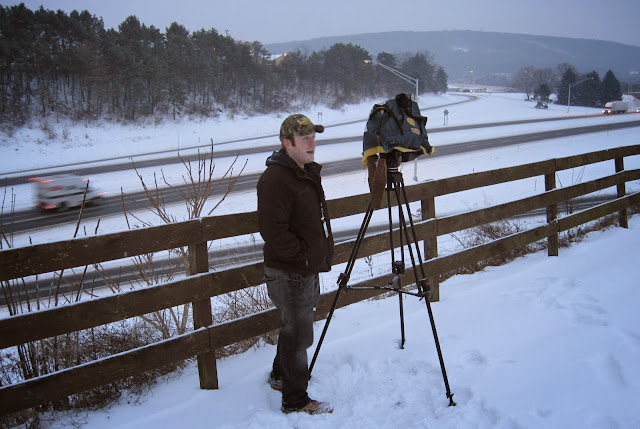 Above is the newest member of the Newswatch 16 team, photojournalist Jason Wolf.  He's been with the station for a few years.  The news department recently stole him from local programming and production.

I have to level with you.  This wasn't the biggest storm, so that left room for a little fun. 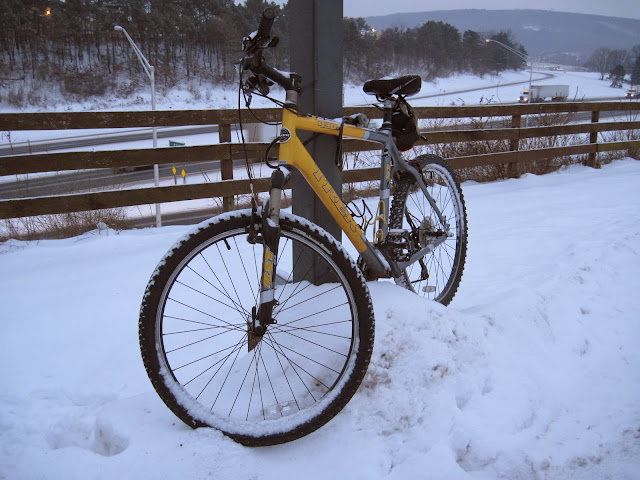 During our 6 AM segment, Jason and I gave viewers of our little home away from home, including what you see above-- a bike chained to a light post in the Quaker Steak and Lube parking lot.  It's a really nice bike, and it's unfortunate someone left it locked to a light post on a snow bank.

There was something else that caught my eye-- the grease dumpster. 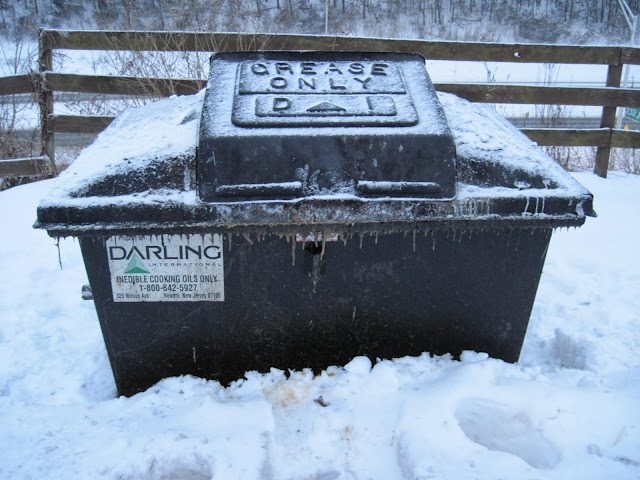 I know they're a necessity and I also know why they're kept from public view.  Note the icicles on the front.  I'd never seen frozen grease before.

Jason and I got through the morning-- nearly a dozen live shots, plus some video for later.

There is something else that only TV geeks will care about.  We were able to do a mast down, microwave live shot from Hemlock Township in Columbia County. 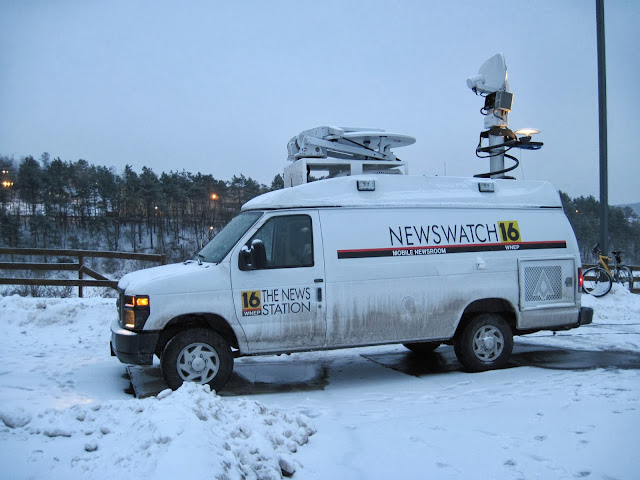 Why is that significant?  Snow and ice coated masts don't like to drop.  Less of the mast was exposed to the elements, making break down time a breeze.  As you can see, our truck is also equipped with a satellite dish.  Satellite time costs money.  Microwave is free.
AT 12:00 AM