Minor league baseball marks the 25th anniversary of the return to our area tomorrow.

For a long time, it seemed impossible.  There were problems with financing and building a stadium.  Then there were major issues finding a team and bringing it here.  All of that came to an end the night of April 26th, 1989. 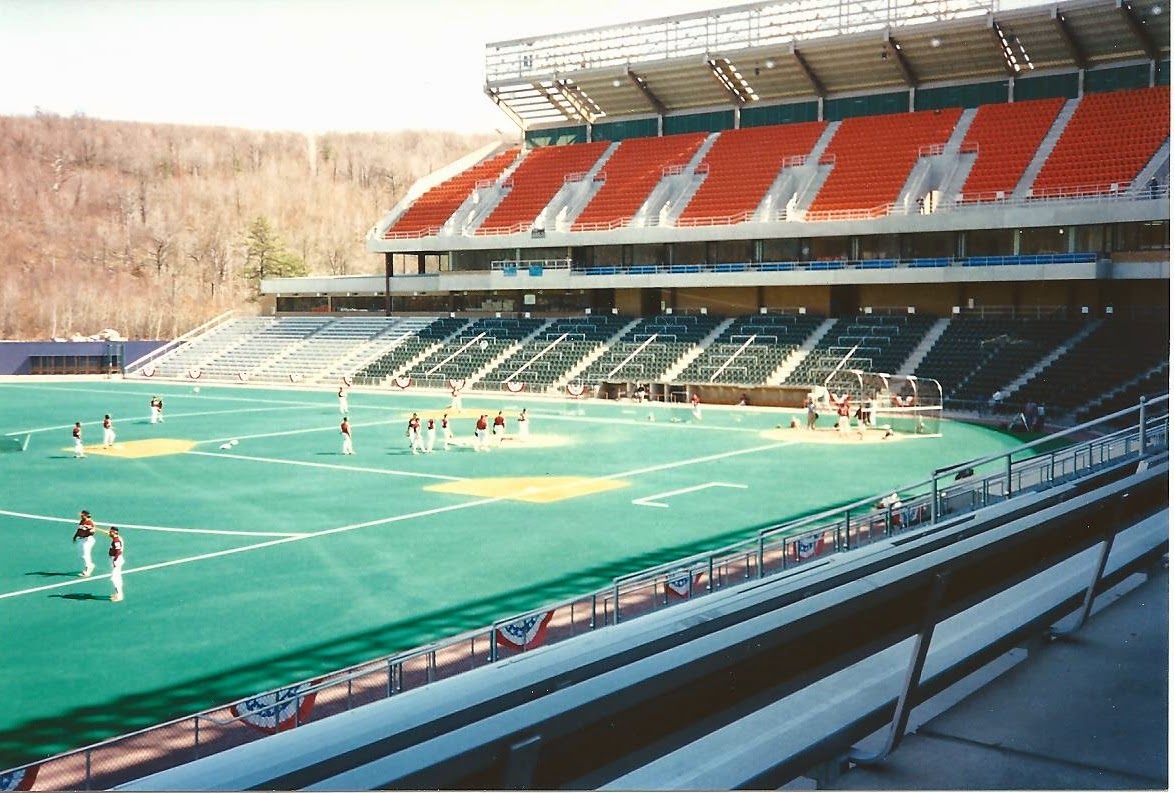 I'm happy to say I was there for the beginning of the project, the construction of the stadium, and the first pitch on that chilly April night.  If you remember, the stadium in Moosic wasn't ready on time and the Red Barons spent the first few weeks of the season on the road.  I was even at that first game in Rochester.

Below is a shot of me on the field in Moosic before the first game.  I have to admit it was awe inspiring.  Our area isn't used to "big league" stuff, and even though it was Triple A, it was still impressive. 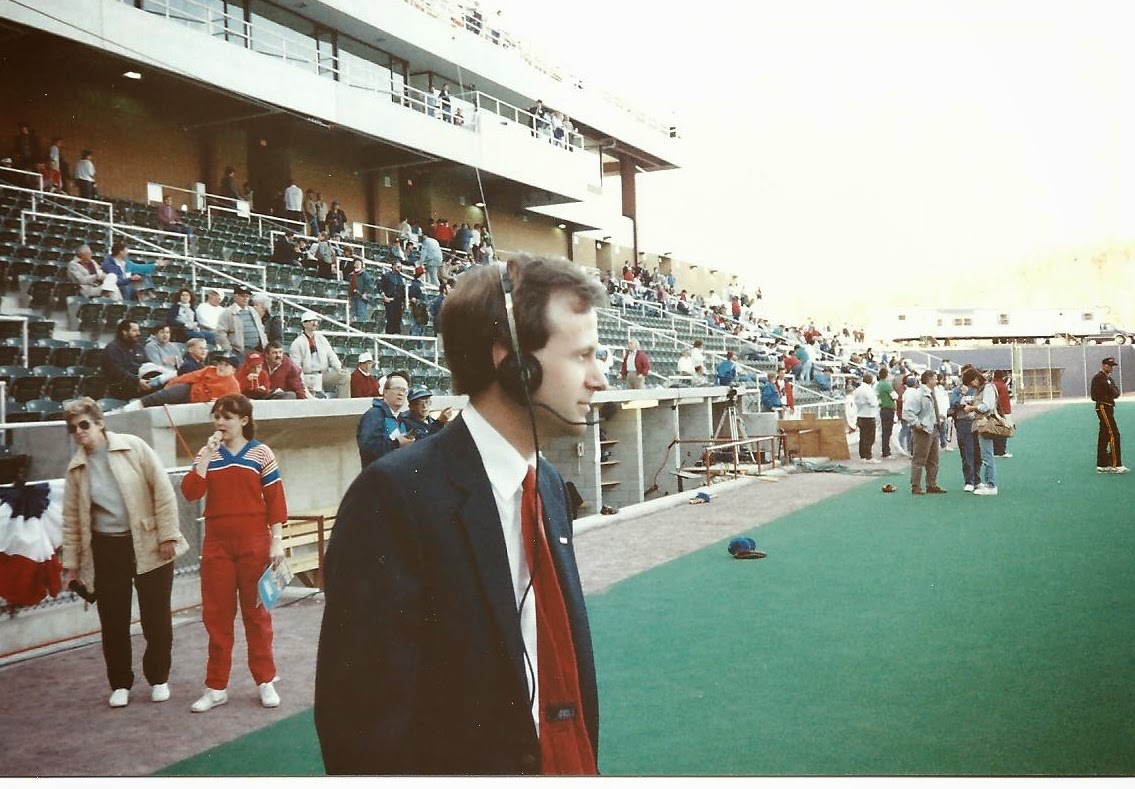 And, below, in the press box.  I was at WARM at the time.  We weren't the official Red Barons radio station, but we did more at the ballpark that day and night than the others.  I walked out of there that night with my head held high. 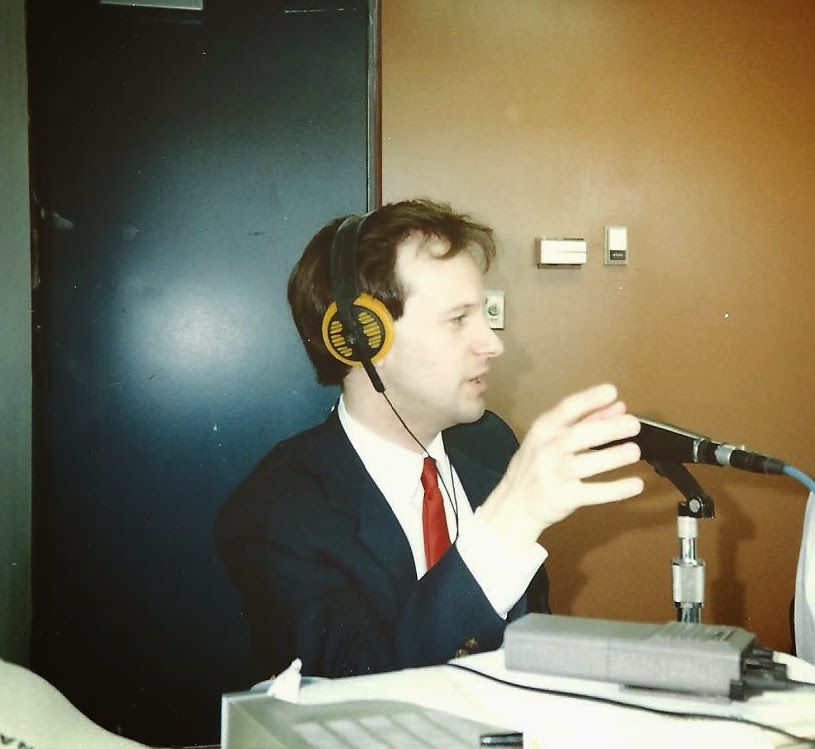 I can't say I was happy with everything that's transpired in the last two and a half decades.  The stadium became a place for friends of the politically connected.  I saw some really talented people passed over for jobs because they didn't know the right people.  The hand off to Mandalay was poorly handled, and I still can't say I trust everything it does.  Empire State Yankees, during the year away for stadium reconstruction, was a hideous choice, and I'm not a fan of the RailRiders name.

Having said all that, the reconstructed stadium looks great.  While some prices have gone up, a day at the ballpark is still a decent entertainment value.  It's a good place to spend a few hours.

It's difficult to look down the road and remember a time when our area was without a team.
AT 12:00 AM