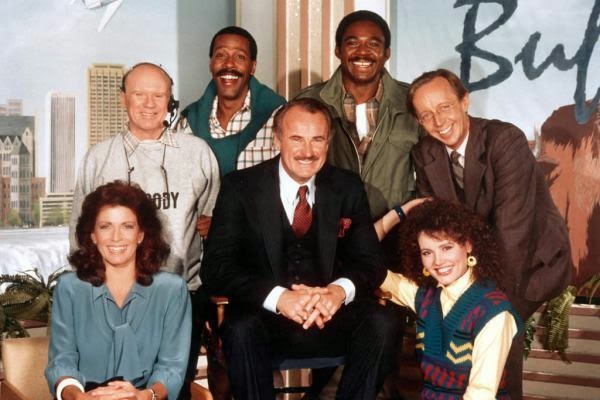 I don't know what made me think of it, but recently the old Dabney Coleman sitcom"Buffalo Bill" came to mind.

Critics loved it, but it never found an audience.  Most attributed it to the nastiness of the main character.  Coleman played a local tv talk show host in Buffalo.  "Bill Bittinger" was angry he could never make it in to the big time, and he took out that anger on everyone around him.

I loved the show, and I did some tooling around on the internet last week.  Yes, you can get all two dozen episodes on dvd, and at a cheap price.  Next thing I knew, the dvs's were in my mail box, then in my player.

Wow.  The performances were as outstanding as I remembered-- especially Coleman, and station manager Karl Shub, played by Max Wright.  Bill never respected authority, and he made Karl's life miserable.