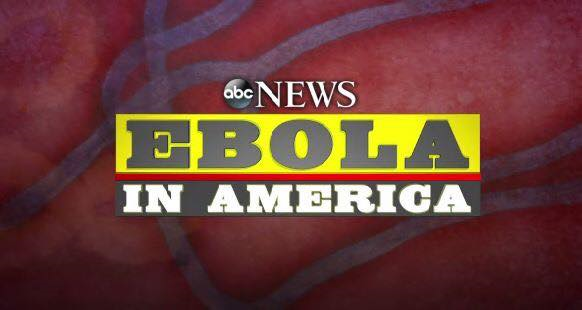 Ebola has been THE national and world story of the last few months.

Yes, there has been a lot of irresponsible and alarmist reporting.  Yes, it's prompted a lot of complaints.

Your chances of getting sick are microscopic.

It all comes down to a combination of factors.  Yes, people are afraid of Ebola, and rightfully so.  The even bigger fear factor stems from a lack of faith in the federal government and its agencies to do the right thing.  The Centers for Disease Control already admits to making mistakes.  Hey, you are paid to be on top of these things!   Lives are at stake here.

This isn't a Democratic or Republican issue.  It's a bureaucracy issue.

You know what it's like getting a doctors appointment.  It takes weeks.  Emergency room?  Hours of waiting, and good luck getting a bed in a timely manner.  The cost of health care is through the roof, and the mess the health care industry finds itself in was decades in the making.

It's possible Ebola is a wake up call and will lead to some much needed reform.  I like to think that, but I'm also a realist.  When Ebola ends, and it will end, we'll be back in the same position.

And if that isn't enough, the United States is expected to be the world policeman.  It's now expected to be the world doctor.  Nations where this whole thing started can't control it, and they're looking to US for help.  We'll be there.  It's what Americans do.  However, it appears a lot of countries aren't holding up their end of the deal.
AT 12:00 AM