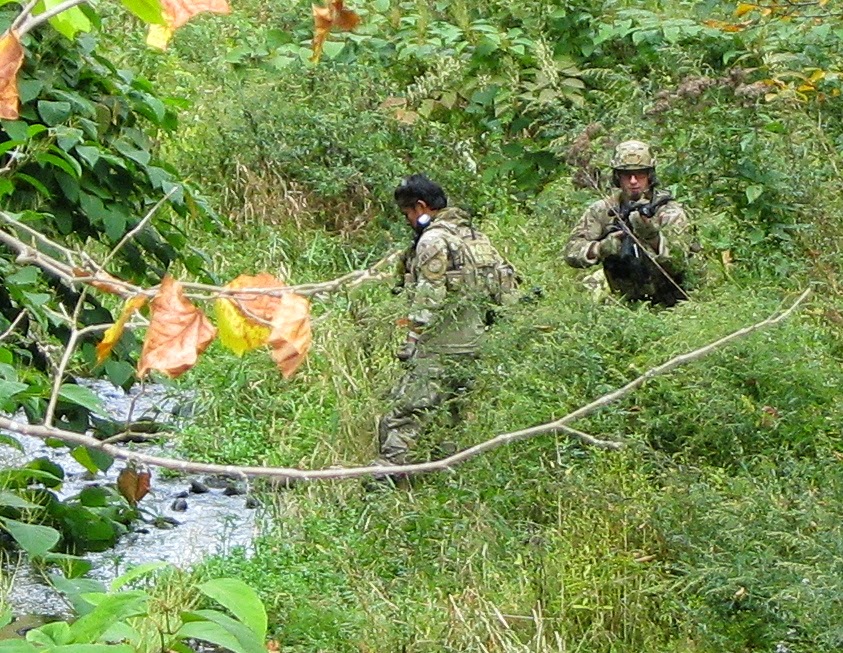 I can't believe it's been three weeks.  No one can.

Three weeks ago, Eric Frein allegedly ambushed two state troopers at the Blooming Grove barracks.  One died.  The other was seriously hurt.

According to investigators, Frein took off in to the woods between Blooming Grove and his home in Canadensis.

That brings us to today.

I can understand why it's taken so long.  I took the photo you see above Monday morning.  The terrain is unforgiving and is rugged as rugged can get.  Frein allegedly has experience in places like this.   It's a huge piece of land, and the suspect apparently knows it well.

I can also understand why people around here are becoming frustrated.  From talking to many, they've grown weary of the "we have him on the run, and we have him cornered" pronouncements by those in charge.  Residents want their lives back.  I spoke with parents Monday and Tuesday.  They fear for themselves.  They fear more for their children.