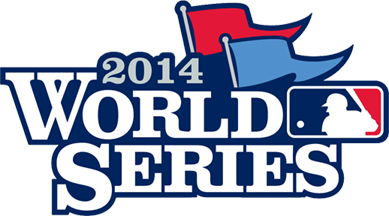 Game one of the 2014 World Series is tonight in Kansas City.  The San Francisco Giants are in town to take on the Royals.

I'm a little tired of looking at the Giants in post season, but I respect what they've done.

It's nice to see Kansas City back in the Fall Classic, after a 29 year absence.  What a great story!  Eight straight post season wins, taking down two very good teams (and Oakland).

KC is built on the "small ball" concept, and teams like that are less susceptible to cold bats and hitting slumps at the worst possible time.

However, I like San Francisco's pitching and the ability to go long.

Bottom line:  I really don't care who wins.  I just want an entertaining, and long, World Series.
AT 12:00 AM