The weather was not my friend when I took this photo last week.

It was clear and sunny when I left Scranton, and the clouds continued to build as I headed north to Binghamton.

This one was on my radar for some time, but I could never find the time to get there. 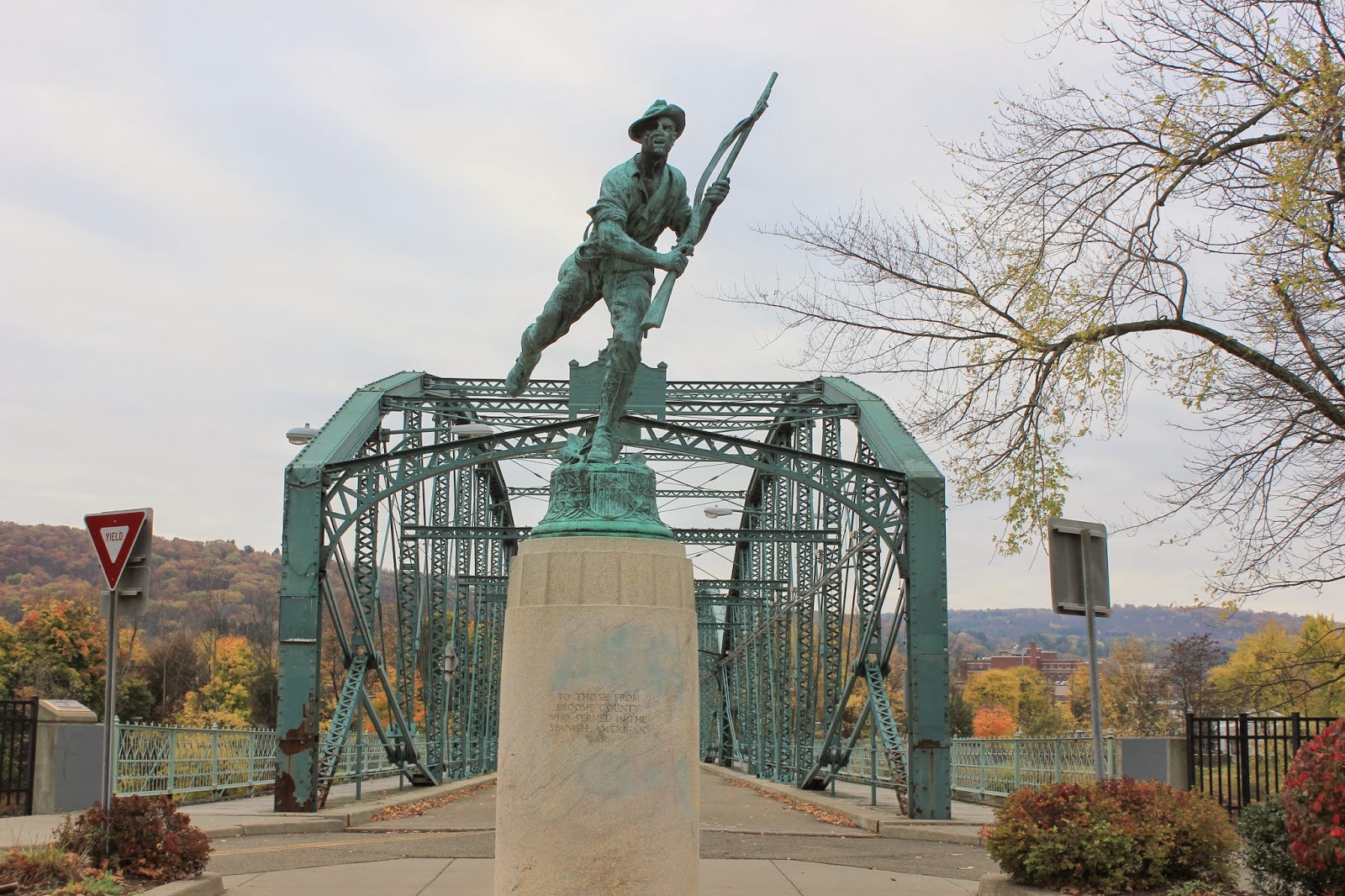 Below is a paragraph I lifted from a web site on Spanish American War statues.

This could have been a good one-- the statue, the setting.  Unfortunately, the weather was too grey and I needed a flash to fill.

Below is some information I lifted from a web site on Spanish American War statues.

The Skirmisher in Binghamton

The Skirmisher, in Confluence Park Binghamton, New York where the Chenango River meets the Susquehanna River. Robert Ingersoll Aitkin created the bronze in 1924 to honor Spanish-American War Veterans. The sculpture is mounted on a circular, stepped and fluted, granite pedestal at the entrance to the parabolic arch Washington Street Bridge (which is no longer open to vehicular traffic).