Andy's Angles: U of S Update 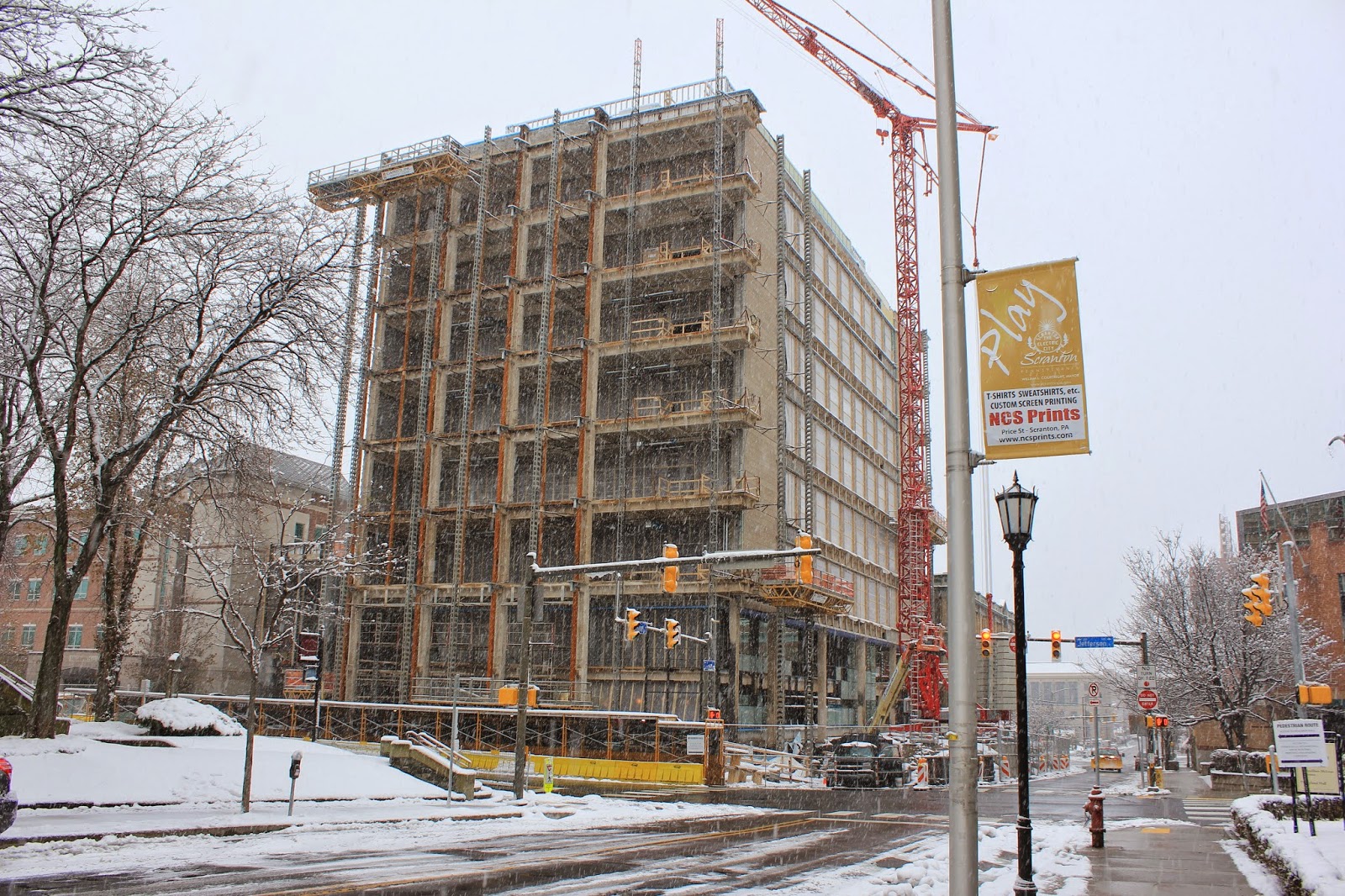 It's been a while since I updated the University of Scranton's latest building project-- a "Center for Rehabilitation Education" at Linden and Jefferson.

I was in favor of the concept.  Construction fuels the economy.  The new building would attract more students to the U, and that means dollars for local businesses.  This building replaces an old and rather unremarkable one.  There was a bit of history, the old YWCA.  Unfortunately, it was a brick box and few people noticed it.

Second thoughts erupted as the building started going up.  At eight stories, it overwhelms the neighborhood.  Looking at it recently, I must be getting used to it.  It doesn't seem as imposing.  I think a factor was a choice for tan stone for some of the outside.  It blends in with what's already here. 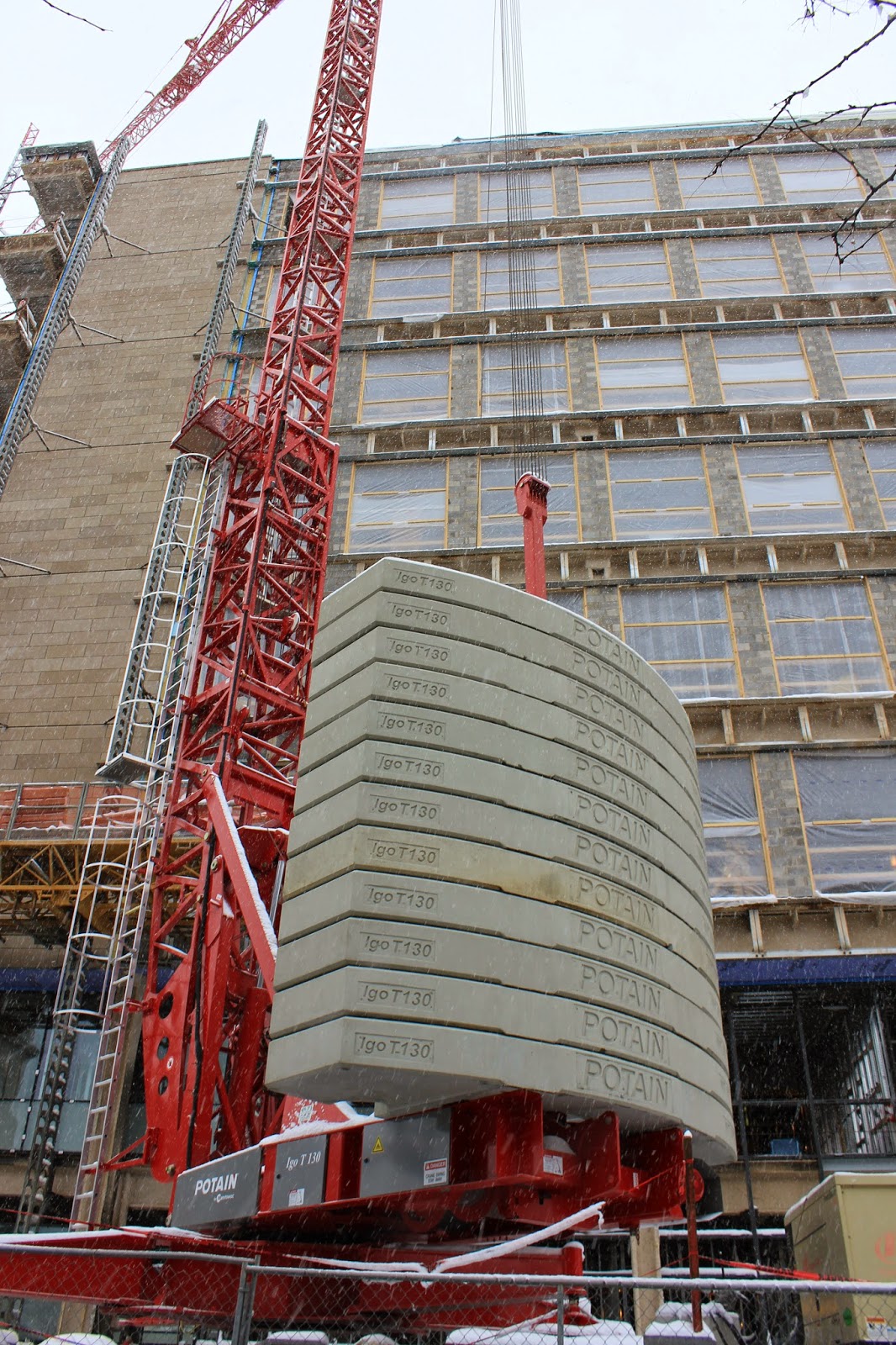 By the way, take a look at the counterweights on the crane on the Linden Street side.  Each of those concrete slabs weighs 9,000 pounds, and there are 12 of them. 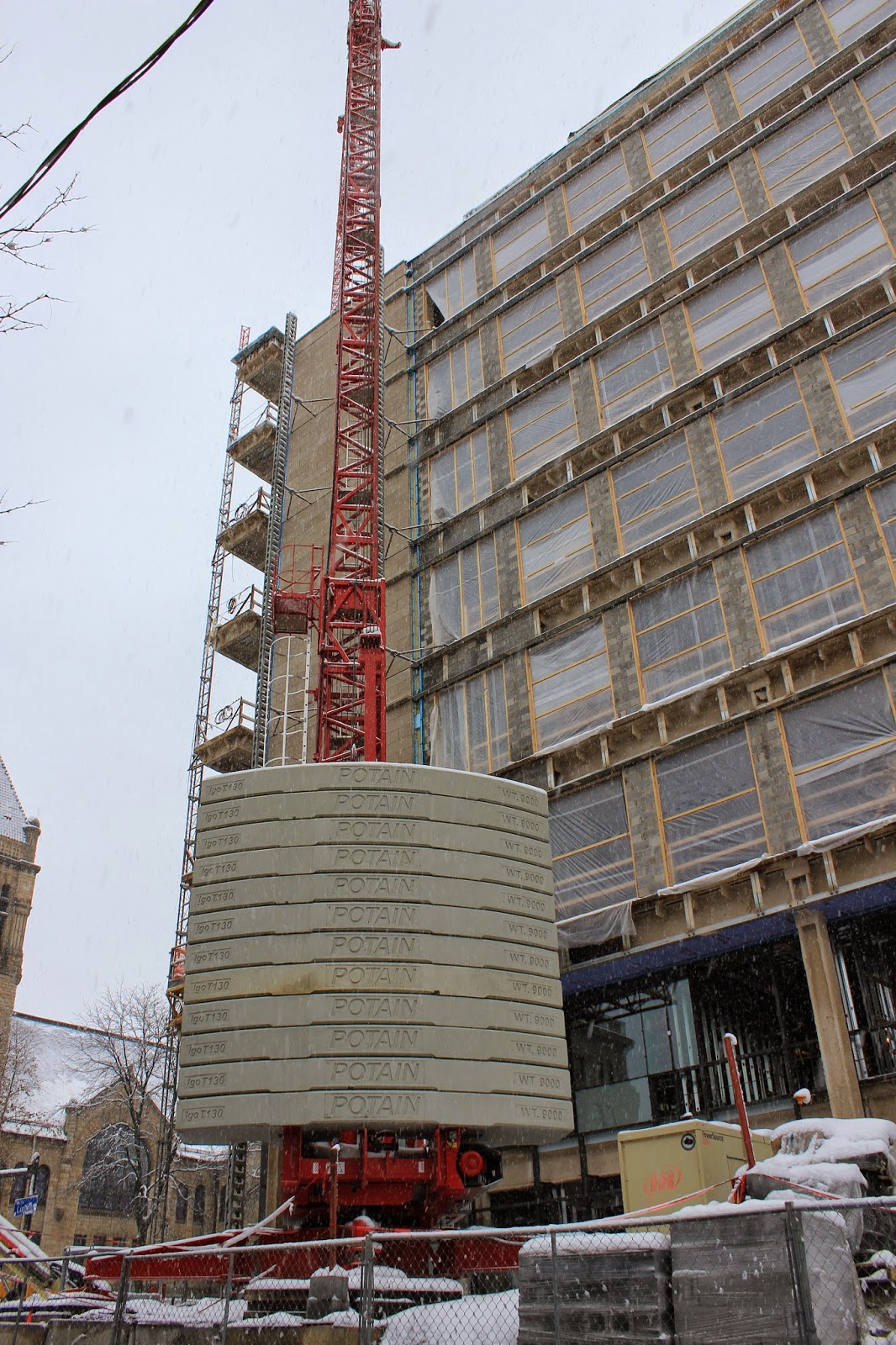 The new building, according to the University of Scranton, should be ready for fall semester, 2015.
AT 12:00 AM