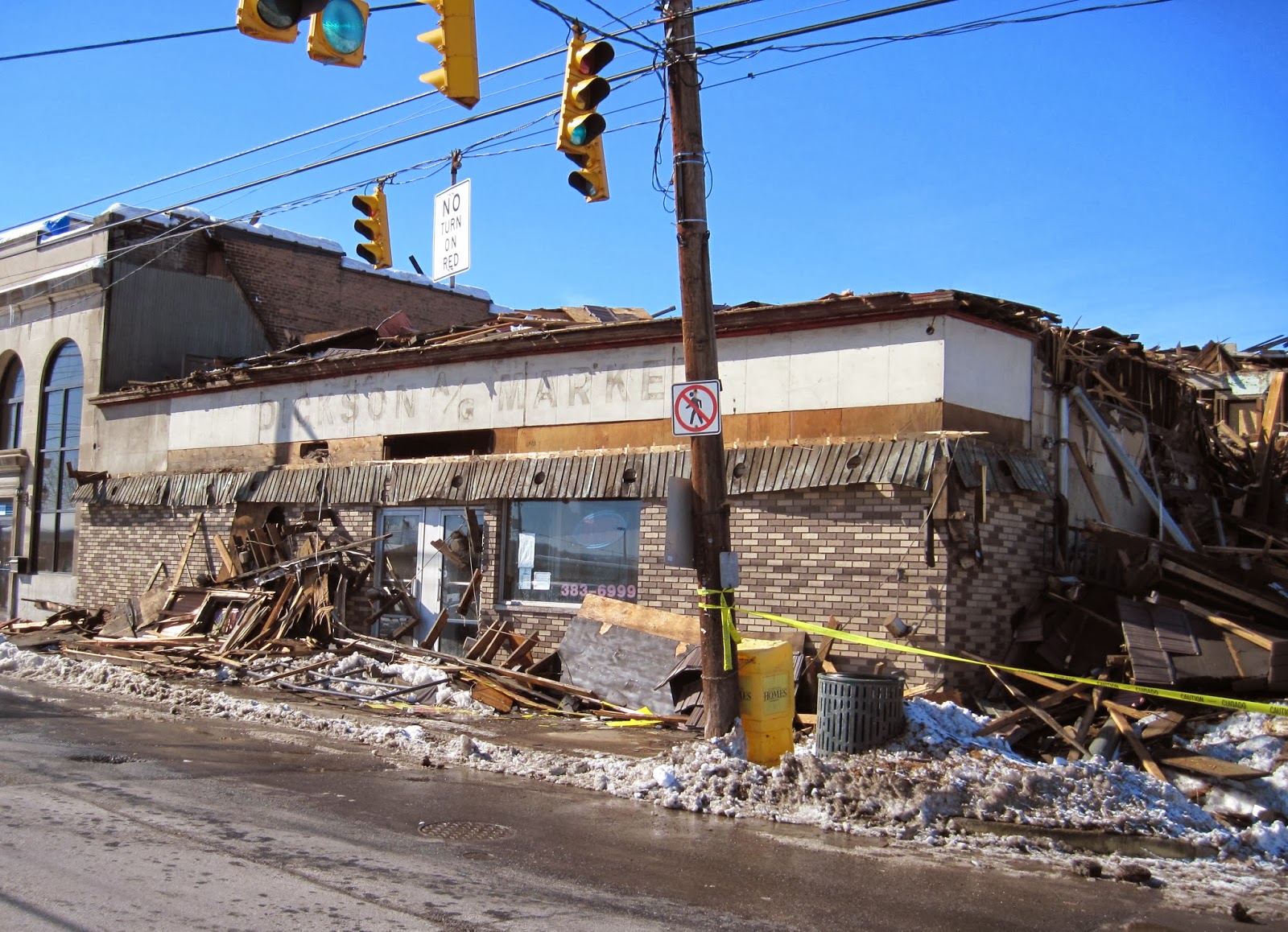 A building at Main and Storrs in Dickson City collapsed under the weight of heavy snow on the morning of February 16th.

I took this photo the next day.

In its later years, there was a Chinese restaurant here.  Before that, it was the Dickson A/G market, a place where I purchased many a junior high lunch time submarine sandwich.

It wasn't just a building that collapsed.  It was history that collapsed, some of it in the form of memories, a can of cold soda, and a plastic wrapped sandwich-- a short walk to and from a deteriorating junior high school with a joke of a cafeteria.  It wasn't just lunch.  It was an escape.

Whispers and rumors say the Chinese restaurant owners will re-build.  Makes sense.  It's a big lot on a high volume corner.  As 2014 ends, it's just an empty lot.
AT 12:00 AM