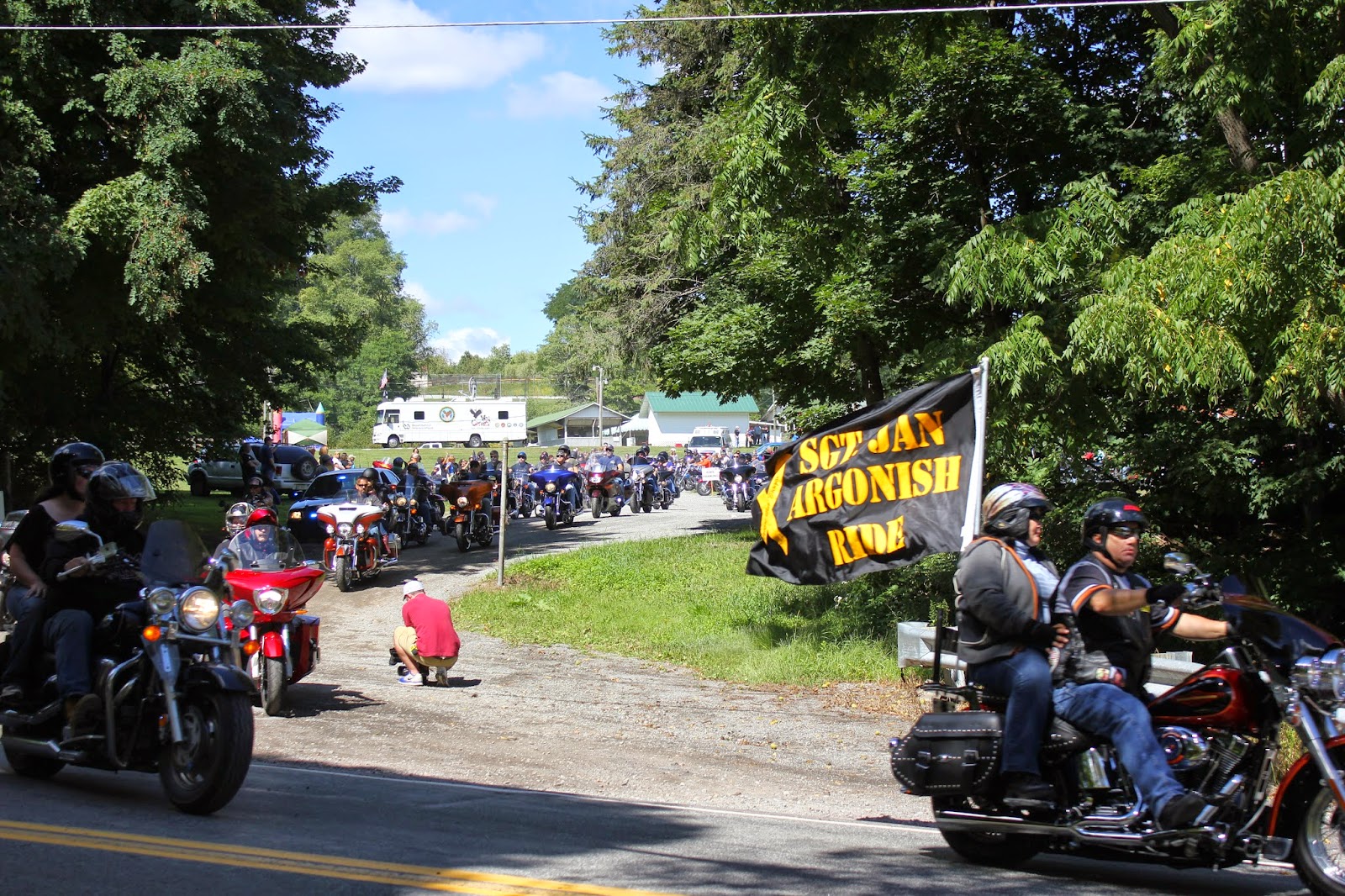 A photo from last year's Jan's Ride made the Top Ten, and the same is true for this year.  SGT Jan Argonish was killed in Afghanistan in 2007.  There's a yearly motorcycle ride in his honor.  It raises thousands for veterans charities.  The ride begins and ends in Dalton.  This photo was taken just after noon September 7.  More than 500 motorcycles, and their riders were here, to remember the sacrifice of a young man from Lackawanna County.

A Jan's Ride photo was in the number one slot last year, and I mean no disrespect by dropping it to five.  Simply, last year's photo of an enormous flag over a road in Jessup was a better shot.  Unfortunately, I couldn't get it this year.

The line of motorcycles was impressive, and I hope I did it justice.

Jan's father, Mike is a friend.  We go to the same gym, and I know he's active in veterans affairs and causes.

Friends, and even strangers were there-- all wanting to help the cause.  There are times we get down on humanity.  Thankfully, there are things like this to remind us there are an awful lot of good people out there.
AT 12:00 AM