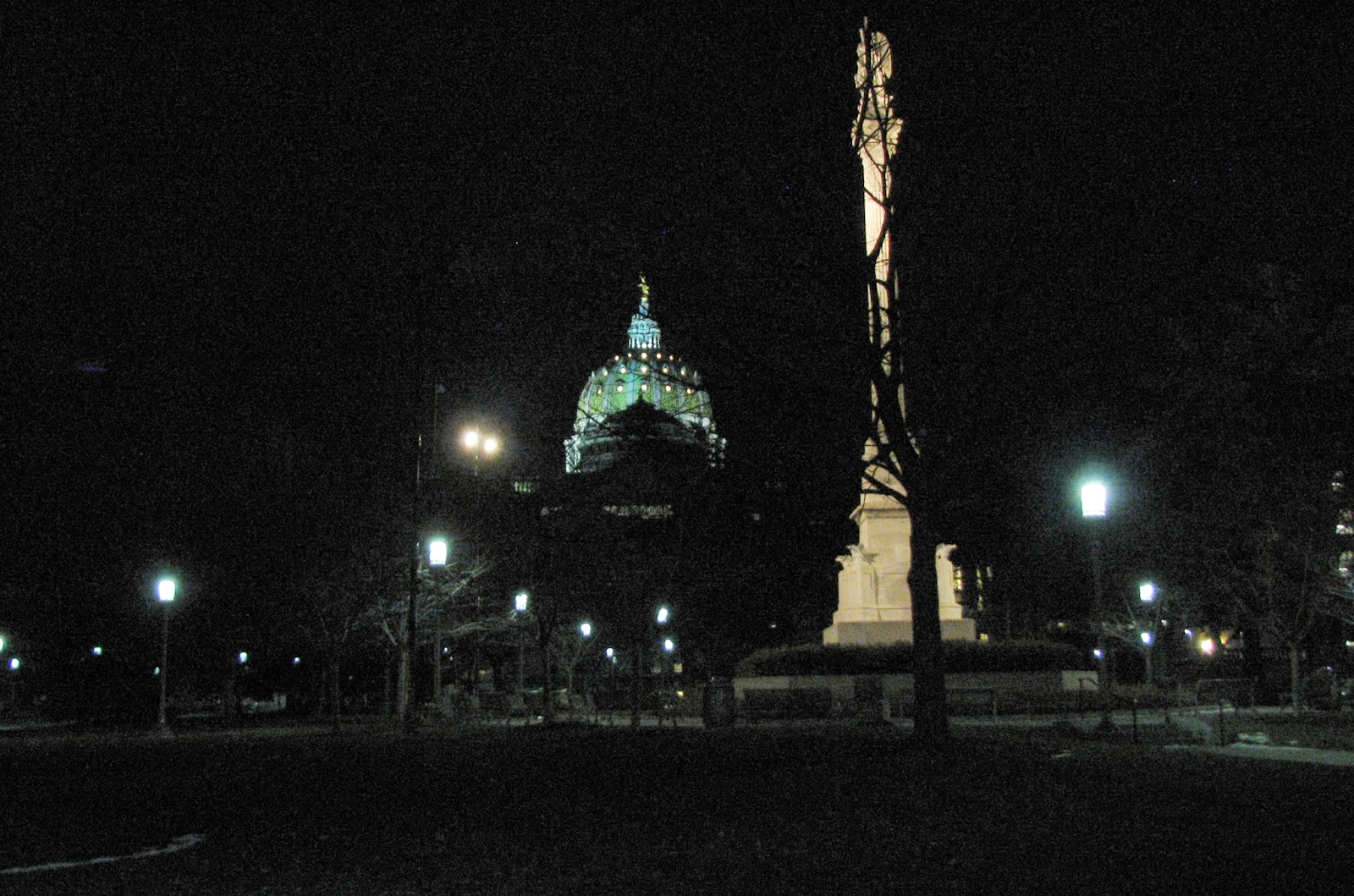 I know I've done some "classic" Harrisburg photos in the past, but I believe this is the first time in the blog's 10 year, two month history that I've had new Harrisburg shots.

Yesterday, it was the view from the east side.  Today, it's the south west.  I've always felt the addition on the east detracts from the view.  The true capitol shot comes from the west.  Governor Casey was not a fan of the addition, and he was the last to have his inauguration on the western steps.  Governor Ridge was the first to be inaugurated on the east side, and that's where inaugurations have been held ever since.
AT 12:00 AM