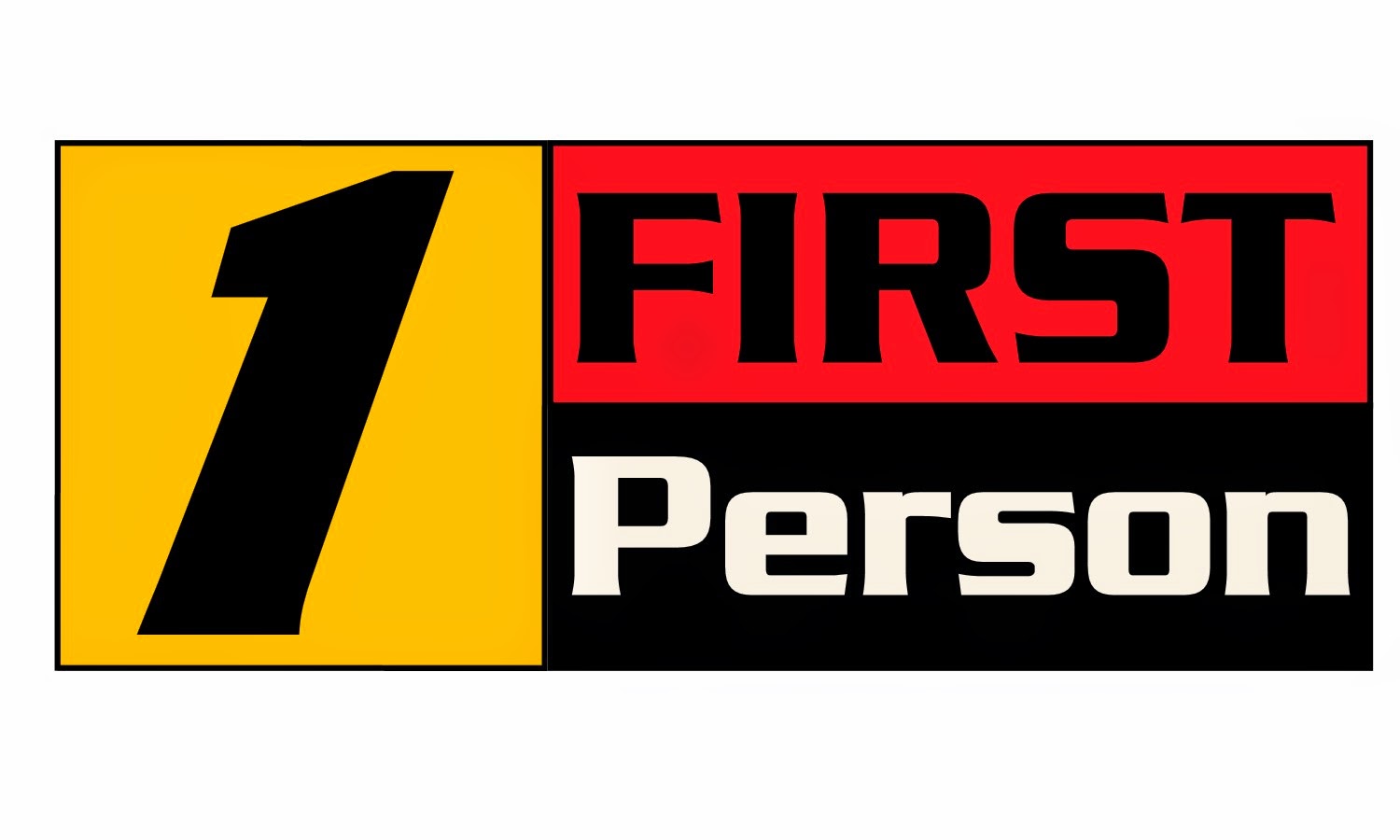 It all started with a New Year's morning e-mail to the boss.  I put together a rough idea of what it would require to take Newswatch 16 This Morning to the January 20 inauguration of Governor Tom Wolf.

The goal:  maximum content, minimum disruption to the rest of the staff.  It really wasn't all that difficult.  There was an added bonus to hitting Harrisburg early:  getting one of our satellite trucks in good position for coverage the rest of the day and evening.

I wrote of a couple of preview pieces last week, but I didn't record them at first, in case changes were necessary.

I hit the office just before 11 Monday night, tweaked my pieces a bit, adding here, trimming there, and recorded the audio.  Photographer/editor Jason Wolf (no relation) put them together.  By then, ti was 1 AM and time to head south.  I took a news car.  Jason took one of the satellite trucks.  We made it to Harrisburg around 3.

I wish I had time to take more photos, but I always enter Harrisburg the same way:  Interstate 81 to the first on Interstate 83, right after the split.  I don't know if you've ever had the chance to witness it, but the view of the capitol from State Street is nothing short of spectacular.

The Inauguration Committee had maps of where we were supposed to go.  Jason got the truck in place.  I stopped to chat with a couple members of Capitol Police.  It just wanted to make sure we were in the right place, and it never hurts to make new friends. 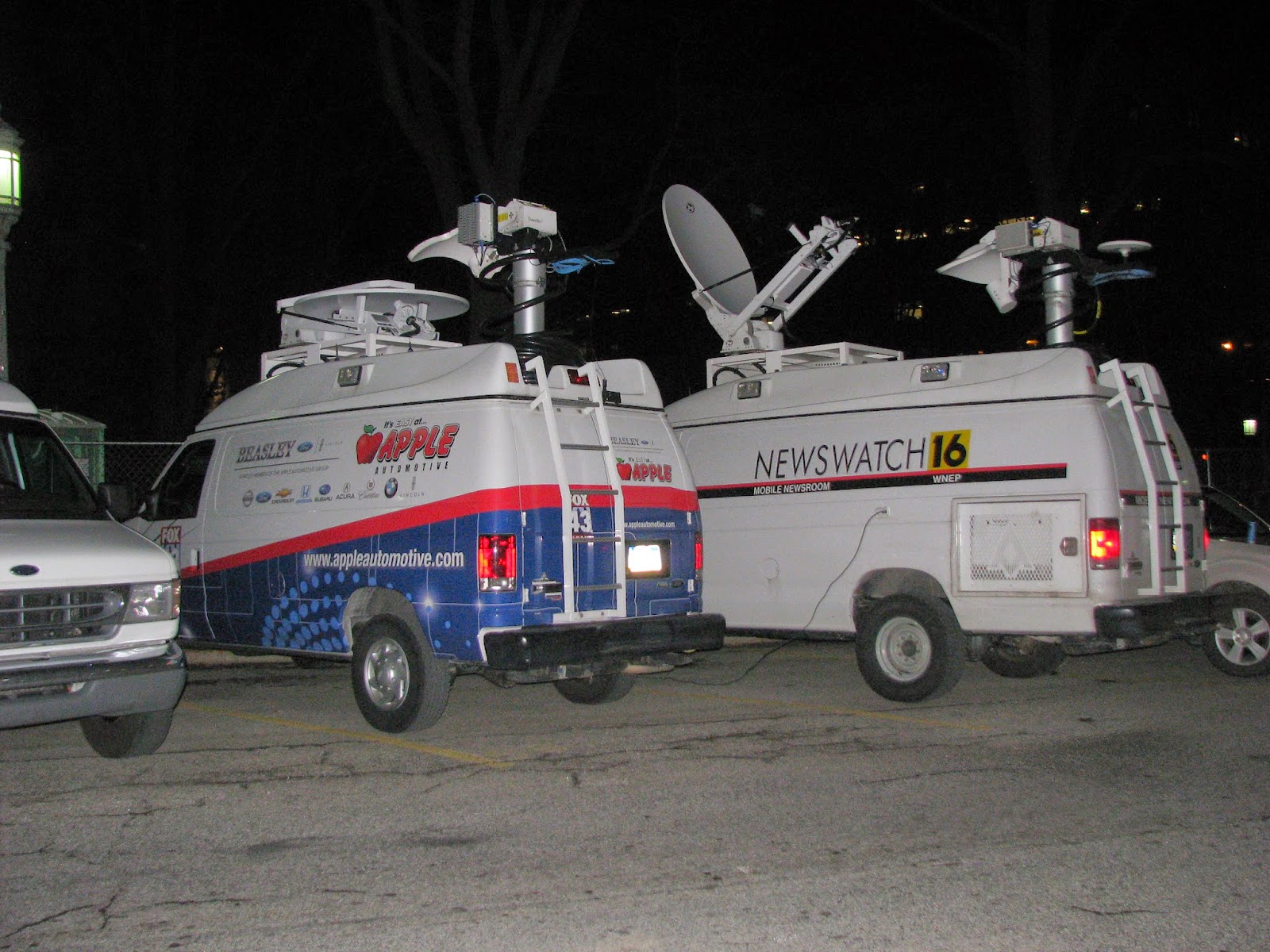 Logistics is always a concern, especially at big events.  Assigned media parking was on Commonwealth Avenue, near the swearing in, on the east side of the building.  The satellite we needed to hit is in the western sky, and there was a massive building between truck and satellite. Not a good situation.  Jason found a gap in the building and trees that allowed us to send a signal into space.

We happened to get a parking space next to our sister station, WPMT 43, in Harrisburg.  There was help if we needed it, and vice versa.  Other than exchanging pleasantries, there wasn't much contact.  They smoothly did their thing.  We did ours.

One problem solved.  On to issue two.

I'm a fanatic about this.  If you're going to do a story in Harrisburg.  You must have the capitol dome behind you.  No ifs, ands, or buts.  It is THE defining shot. 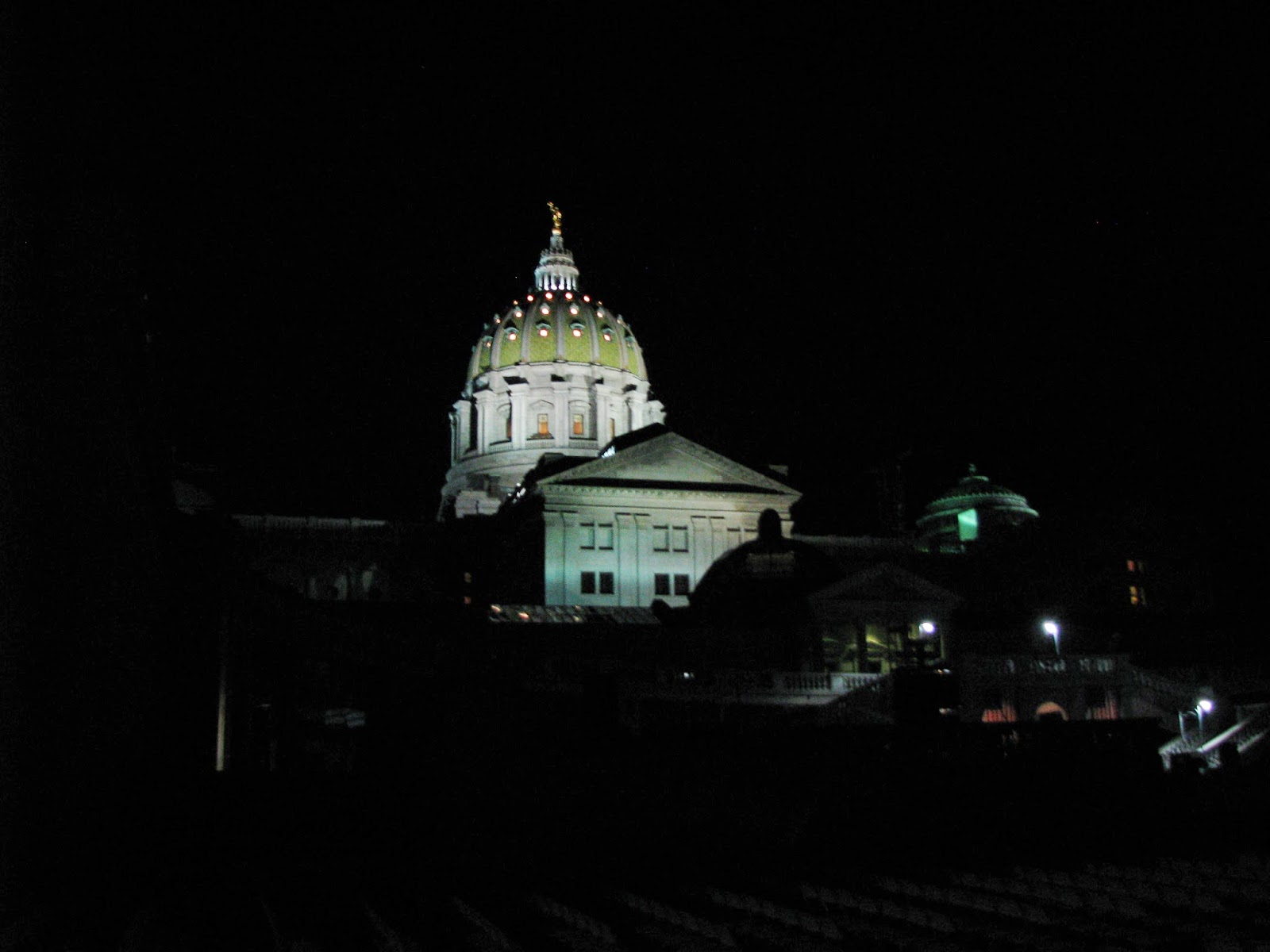 Unfortunately, the assigned media parking area didn't offer the best views of the dome.  By plan, we got to Harrisburg extra early.  It gave us time to walk the block and do a site survey.  Jason noticed a driveway leading from The Forum.  We were close enough to the truck, but far enough away from the dome to have a pretty shot behind me.  There are times when "at a distance" is better than "up close."

From then on, it was a piece of cake.  We were live during each half hour of Newswatch 16 This Morning.  We left the truck in place for Scott Schaffer and photographer Lou Romeo.  Jason and I came back in the car I brought in.