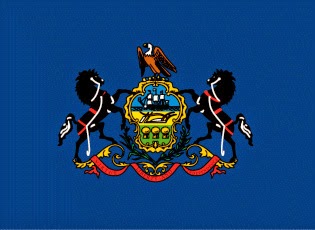 I guess you could call this my second and half inauguration day.

My first Harrisburg inauguration was in January of 1987.  I was on the radio.  Scranton's Bob Casey was being sworn in, and a home town guy, finally making it to the big chair was major news.

I remember firing a question or two at the new governor, as he made his way up the capitol steps after the inauguration address.  The quote was not particularly memorable.  It was something like "I'm going to be governor for all Pennsylvanians" or something like that.

After filing a bunch of reports for the radio station, it was back to my hotel room for a little break and a huge challenge.

I had never been in a tuxedo before, and I was too embarrassed to ask the guy at the rental shop how everything goes together.  I watched Keith Martin on the WGAL's  6 PM news for clues.  He was live at the site of the inaugural ball, Founder's Hall in Hershey.  So, yes, I figured out how to wear a tux by watching a TV news anchor.

My next inauguration was 1995-- Tom Ridge.  This one was quite a bit different.  First, it was held on the other side of the capitol building.  I had moved from radio to TV.    My job on inauguration day was to do previews for the morning news and a report on the day's activities for the evening broadcasts.

I was under the gun and had to work fast.  The inauguration, speech, and parade started at noon.  I had to bang out a story and have a photographer edit it in the satellite truck before 2 PM.  The truck was destined to pack up and head to Hershey for the inaugural ball, and it had to be in place and cabled in to the building early.  I made my deadline.  Our evening anchor took care of the rest.  I got to kill the rest of the day and evening in a downtown hotel room.

Barring breaking news, I have a relatively easy job today-- just do some previews for Newswatch 16 This Morning, and set the table for Scott Schaffer's reports the rest of the day.

Regardless of how you feel about the choices voters have made over the years, inaugurations are stirring events, and I hope everybody get a a chance to witness one.  I've been exceptionally lucky.
AT 12:00 AM