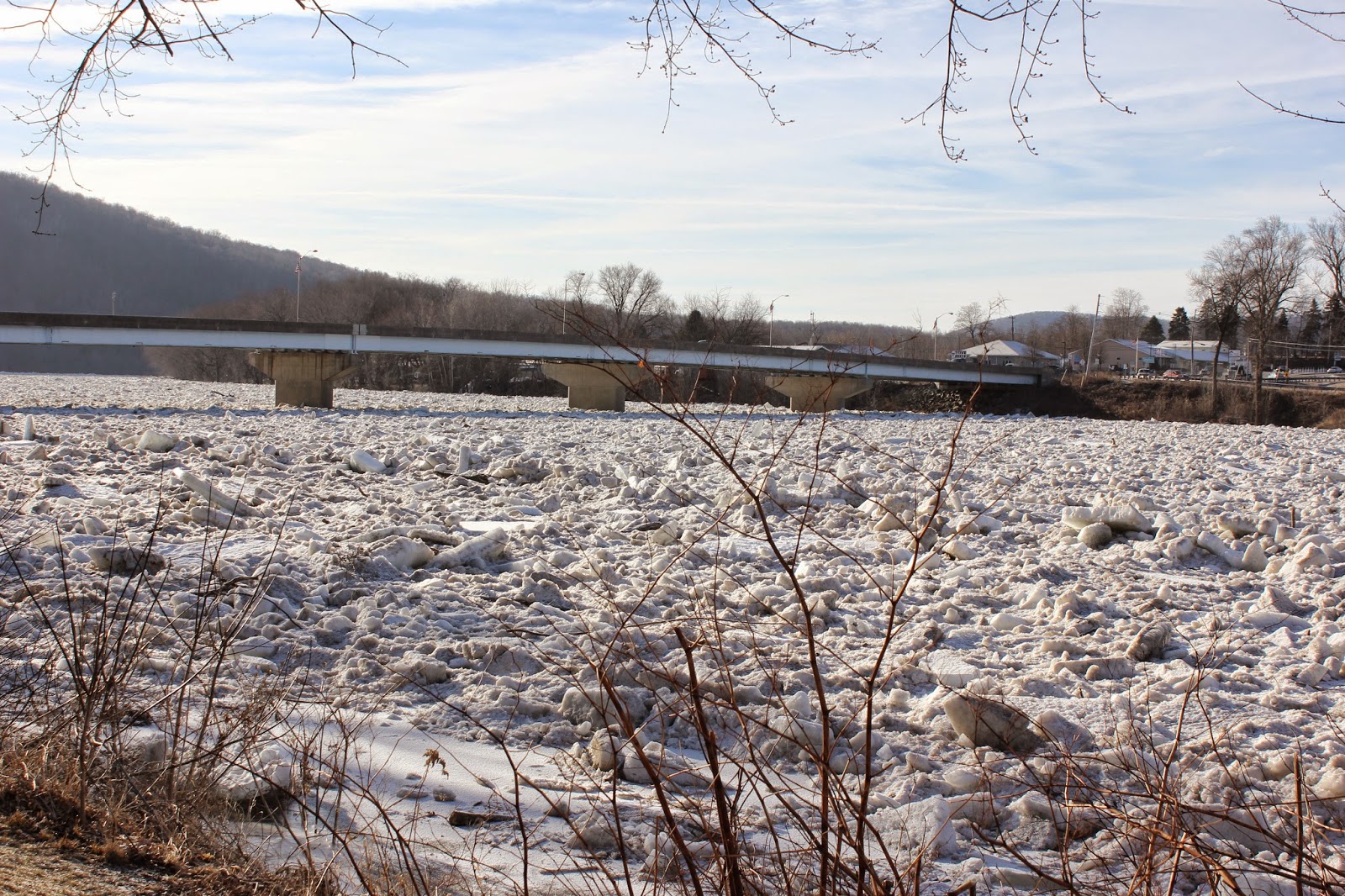 I had to see it for myself.  I saw the video of the Susquehanna River ice jam centered around Tunkhannock, and I wanted an up close look.  I got some good photos, so I'm starting a day early.

I've seen ice covered rivers before, but they are usually a solid sheet.  The current ice jam features chunks from upstream, pushed against each other to form a mass.  There wasn't much movement while I was here yesterday morning.  I guess that's why they call it a "jam."  You do hear a crack once in a while as pressure tries to force the chunks downstream.

This photo was just upstream from the Tunkhannock bridge, looking to the south.

I'm glad I visited when I did.  The jam began breaking up a few hours after I left.  Thankfully, there was no severe damage.
AT 12:00 AM