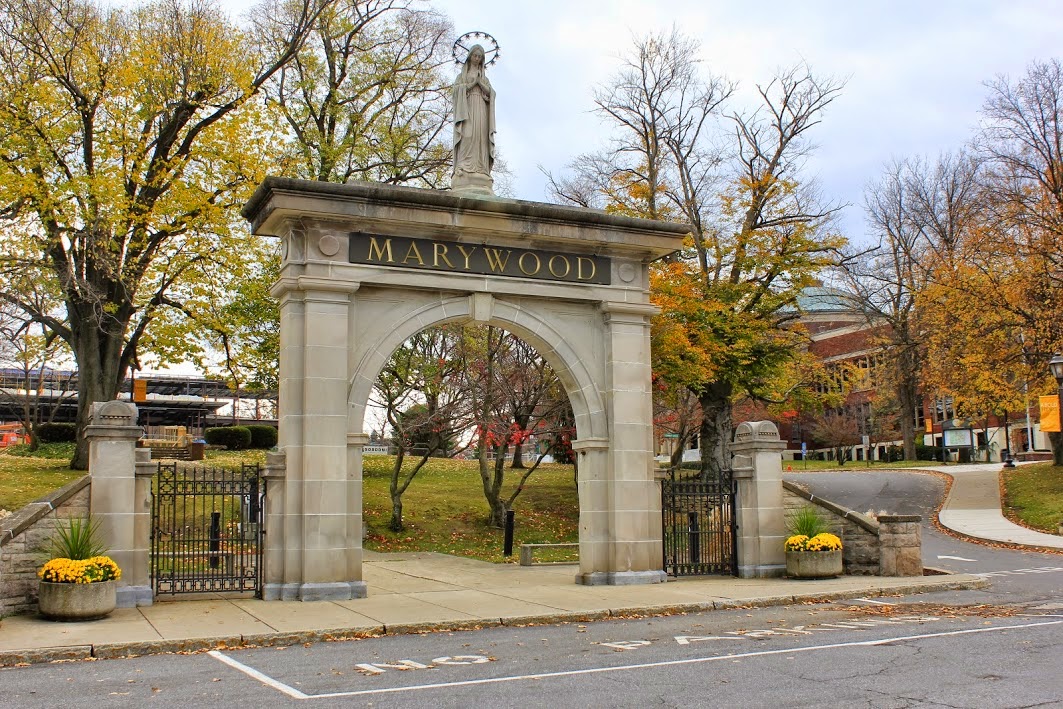 I have a degree from Marywood College, now Marywood University, and I'm proud of it.  It was a quality education on a safe campus and it was affordable.  I value lessons learned from esteemed professors like Perry, Lubniewski, Barrett, Chini, Persico, Donovan and Kurlancheek.  I think of what they taught me just about every day.  Zero regrets.

Having said that, I think Marywood has made many missteps in the past several years, going back to taking Joe McDade's pork barrel money, its reluctance to remove a felon's name from a building, the near implosion of the nursing program, a lack of live and local programming on the radio and tv stations, a misdesigned and misplaced new library, and the failure to develop the wonderful former School for the Deaf property.

I'm sure there are good things I don't know about, like the apparently successful architecture school and its art programs.

Having laid the foundation, consider this.  A copy of the student newspaper, the Wood Word made its way in to my hands.  The newspaper staff gave the University a grade, and it was a C minus.   C minus!  It was a plain, old C last year.

Black marks came for administration's lack of transparency.  I see nothing has changed.

The Wood Word's opinion piece dropped the bomb on the new library with the unsubstantiated line "It's unclear if the University actually has the funds to complete the project."

The editorial was balanced otherwise, noting what the staff sees as the good and the bad.

I wonder what happens when a prospective student reads the piece.  Would you attend a university where the students grade it as a C minus?  I wouldn't.

It's a pity the administration isn't more forthcoming with its students.  What kind of lesson are they learning?

I applaud the newspaper staff for its brutal honesty, and I also applaud Marywood's administration for keeping its hands off the paper.   However, I just wonder if there was a better way to say it.
AT 12:00 AM