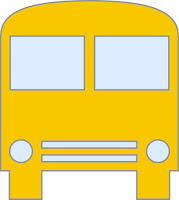 I was at JM Hill Elementary in East Stroudsburg Monday morning for a horribly sad story, the death of a kindergarten student.

While I was there, I learned the fourth grade class was assembling for a field trip to Harrisburg.  I congratulated some teachers and parents on their choice.  It's never too young to start learning about government.  You have no idea how many young people I encounter who have no idea how the system works.  Perhaps the kids can get a taste for how bloated, inefficient, wasteful and excessive things are in Harrisburg and vote for change down the road.

I wish I had opportunities like that when I was a kid.  My dad had several construction vehicles way back when, and we'd occasionally drive to Harrisburg for titles, tags, etc.  One stop shopping.  Do it at once, in person.  We'd always make time for a walk through the capitol building.  I remembering being awed decades ago.  You know what, I'm still in awe when I walk in to that building.  A vivid memory involves Gov. Milton Shapp.  He was walking out of an office when my dad and I were in a hall.  He took a moment to say hi, ask where we were from, and shake hands.  I remember his was enormous and hairy.

My class trips?  Few and far between.  I remember the Everhart Museum in elementary school.  It might have been third grade.  Nay Aug Park in sixth, and this was the time Nay Aug actually had things to do, in the form of rides.  I had a great time.  Always loved Nay Aug.  Now, it's an empty zoo, a treehouse, a trail and an almost inaccessible bridge over a brook.

In junior high, there wasn't much.  I do remember a trip to Tarrytown, NY in eighth or ninth grade.  I passed.

Senior high wasn't much better.  The only one I really think was offered was a senior year class trip to Disney World.  As they used to say on Hollywood Squares in the 60's, "El Paso."   I didn't want to spend big money for four days in Florida with a bunch of people I didn't like.  Yes, there were a few exceptions.

The point is, get the kids to places where they will have fun and learn-- Harrisburg, Philadelphia, Washington, even your local courthouse.  If the school won't do it, do it yourself.  Society will thank you.
AT 12:00 AM