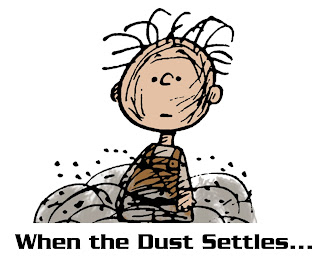 The attorney general of the Commonwealth of Pennsylvania, Kathleen Kane, is charged with leaking secret grand jury information, lying about it, intimidating witnesses, and having an underling snoop on the investigation.

Wrap your head around that for a second, if you can.

The state's top law enforcement officer is an accused criminal.

If that isn't enough, the governor and other members of Kane's own party want her to quit.

Remember that Ms Kane is innocent until proven guilty, and the filing of charges is only half the story.  She has yet to present a defense.

Guilty or not, the whole affair further erodes the public's trust in government.

Guilty or not, Kane should have known better and steered clear of the whole situation.  Prosecutors allege Kane was trying to get back at someone who embarrassed her.

Guilty or not, Kane should have realized that she's no longer working in Scranton, taking guilty pleas and handling minor cases.  Welcome to the big time.  Develop a thick skin.  Forgive, but never forget.  Keep your friends close, and your enemies even closer.

Guilty or not, Kane should have realized she's not the most experienced prosecutor and office manager.  Pick your fights.  Carefully.  Very carefully.  She gave her adversaries the ammunition, and that's beyond the self inflicted wounds.

Guilty or not, Kane has damaged herself and her party.  A Lackawanna County lawyer on Newswatch 16 Thursday, and I'm paraphrasing, said Kane's political career was already over, before the charges.  Now, her liberty is in jeopardy.  The law license goes along with that, so say good bye to earning a lucrative living for quite a while.

Guilty or not, Kane vows to fight, as is her right.  It should be interesting.  And costly.  And lengthy.

You may be wondering about today's graphic.  The dust over the initial filing of the charges has settled, but this one will be dusty, dirty, and extremely muddy for a very long time.
AT 12:00 AM