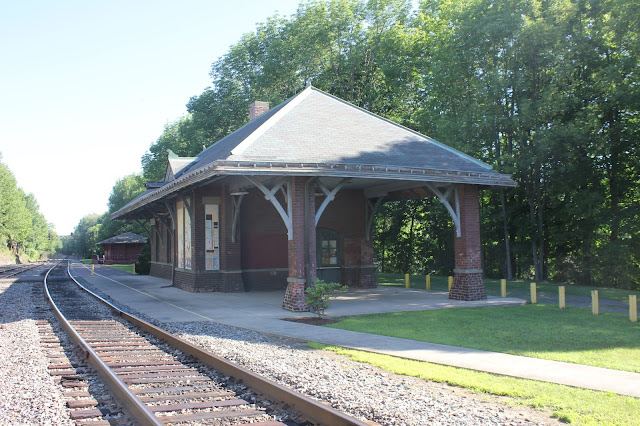 We'll be featuring train stations on the next few Saturdays.  There is no particular reason.  I just happened to come across a few during some recent wandering.

Today, it's Moscow in Lackawanna County.

Below is a paragraph I lifted from the borough's web site.
The construction of a rail line from Scranton to the transportation hub of Hoboken, New Jersey increased the importance of the area not only for commerce but also as a destination for vacationers, who used the rail lines to visit the numerous local hotels built in this beautiful country setting. By the early 1900's there was even a daily commuter train called "the accommodation train" bringing workers from Moscow to Scranton. Today, the Victorian-era Moscow railroad station is a reminder of the profound influence rail transportation has had on this area. 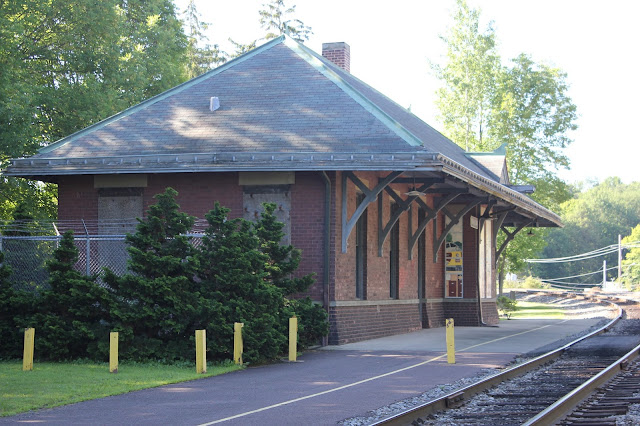