First Person: Bust and a Nugget 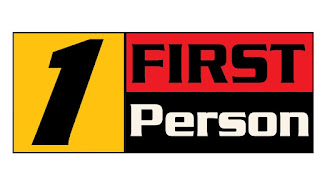 Line many stories, it started with emails and phone calls.

Assignment editor Lindsey walked over to my desk early Monday morning  and told me we were getting reports of significant police activity on Belmont Street in Carbondale.  She asked photographer Corey and I to drive over there to take a look.

My plate was clean.  No problem. 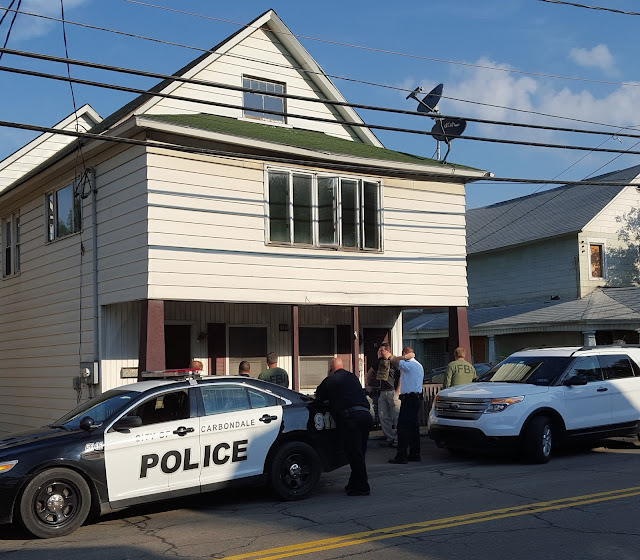 What we saw is above.  Carbondale Police and the FBI coming in and out of a home.  We kept our distance and stayed out of their way.  However, we were close enough to see marijuana plants and a handcuffed man coming out.

No one was talking, yet.  We report what we see and we saw a lot.  Eventually, some neighbors were interviewed.  Bad place.  Problems.  The city is deteriorating.

As law enforcement was wrapping up, I approached Carbondale's police chief.  He was polite and professional, but he punted to the feds.  I'm not surprised.

I then walked up to the lead FBI agent at the scene.  Again, professional and courteous, but there wasn't much he could say.  But, he did offer this outstanding nugget.  He told me they were in Carbondale for a reason he couldn't discuss, and the marijuana discovery was incidental.  In other words, an unexpected bonus.

I asked the suspect's mother for her input.  She was very upset.  All she would say was she didn't know why police were there.  The marijuana wasn't a clue?

Let's get back to the "nugget."  I'll tell you something.  Anyone can report a general alarm fire.  It's the stories where you have only some video and a "nugget" that present the real challenges.  I discussed the story with Corey in the car on the way back to the newsroom.  It's what I always do.  The story is his as well as mine.  I shared my vision.  He offered what was his best video.  I got behind a keyboard, banged it out, got it approved by a manager, and we were on the air at noon with something no other news organization had.  Thank you, tipsters.  Keep them coming.

Let me go back to the "we can report what we see" line I introduced a couple of paragraphs ago.

Once upon a time, there was a cluster of old warehousey type buildings along Wilkes-Barre Boulevard in Wilkes-Barre.  I was on the radio when they caught fire one afternoon in the mid 80's.  As we say in the business, it was a cooker.  Huge flames.  Massive plumes of smoke.  It was among the bigger fires I've ever covered.

It was an odd sight.  The insides of the buildings were gutted.  The roofs had caved in.  The facades were still standing.  Beyond that, the fire destroyed everything.  It reminded me of those photos of London and Berlin buildings bombed out during World War II, and I said that on the air.

Our visiting operations manager, a mercenary from the home office in York happened to be in town, and he loved it.  I thanked him for the rare compliment, and added I was just describing what I saw.

Broadcasting isn't all that complicated.  Show the best pictures.  If you're in radio, there is no substitute for actually being there, and describing what you see.
AT 12:00 AM