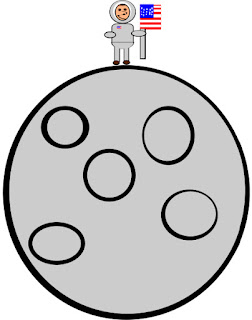 I don't know who said it first, but I've been thinking about the line "If experience means so much, who would we have first sent to the moon" a lot this week.

Critics seem to be blaming accused criminal and current attorney general Kathleen Kane's problems on her lack of experience.  She wasn't a high profile player as a Lackawanna County assistant district attorney.  She had no experience running a big and complex bureau, like the office of attorney general.  Some think Kane was in over her head.  She wouldn't have gotten in to so much trouble if she had more experience.

While experience is important, it's not everything.  It's okay to be a little on the green side, but you have to be savvy enough to surround yourself with smart people.  Maybe Kane did that, and then disregarded their opinions.  I'm sure insiders will talk eventually, especially at her trial.  Right now, we really don't know.

I was away from a TV during Kane's "news conference" yesterday.  By the way, a news conference involves reporters asking questions.  Kane read a statement and left.  Her media guy did the rest.  Consensus is that her "everybody's out to get me due to the dirty e-mail scandal" might hold some water, but does it excuse and explain Kane's behavior?  That will be up to a jury.

The experience discussion got me thinking about my first full time TV job, back in 1991.  I was part time for a year and a half.  A full time job opened up.  It was posted.  I saw the requirements for the full time position.  I met some of those, but not all.

Luck smiled on me.  The news director believed I could do it.   He gave me the chance, but to ensure the arrangement would work, he paired me with a veteran photographer.  There were regular critiques and discussions.  A quarter century later, I'm still at it, so I guess it worked out rather well.

Radio was a different animal.  I had been doing college radio for about a year before my first commercial job rolled around.  I was part time, off-air, for a year before I got a break and slowly moved up through the ranks.

I know a broadcasting is a lot different than a government office.  The bottom line is experience matters.  Common sense matters more.
AT 12:00 AM