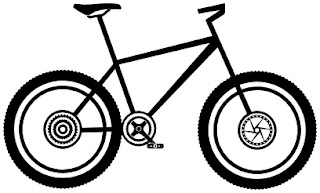 I preface this by saying this certainly isn't "Go Joe."  Nothing on that level.  Not even close.

Ever since I bought my bike four summers ago, I've been essentially traveling the same circuit-- two mile loops through my little town.  The number of loops depended on how I was feeling on that particular morning.  It's a nice route-- a lot of it is flat, but there are some hills and slopes.  There's enough variety to keep me entertained and the blood pumping.

However, there was something I wanted to do for the past four summers-- recreate the bike trips through a few little towns that I used to take during my early teen years.  They were great fun.  Pals Markie, Frankie, and Bobby, and I getting out of the neighborhood and out of our comfort zone.

I got in the car last week to scope out the route and the mileage.  The mileage was do-able.  A couple of hills frightened me.  My early teen years are ancient history.

Tuesday morning, I finally decided to do it.  I've driven that route hundreds of times.  You get a different perspective on two wheels.  So much commercial development.  The roads are in awful shape.  Drivers were courteous.  There appeared to be an early morning police convention at Dunkin Donuts.  Hey, they deserve a break once in a while.

That daunting hill is on the last quarter of my trip.  I took a deep breath when I saw it ahead of me.  Andy 1  Hill 0.

I made it, in less time than anticipated.  Unlike the early teen years, there were no breaks.  I surprised myself.

Other than the trip to KMart, it was the highlight of last week's vacation.
AT 12:00 AM