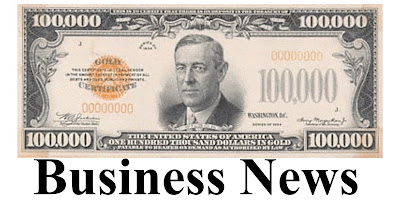 I have to admit, I was a bit underwhelmed.    There was a huge build up toward the announcement of a new business at the mostly vacant Mall at Steamtown in Scranton.  I expected some big retail announcement.   By now, you know what it is--  a movie theater complex that also provides alcohol and full meals.

There are a lot of places where you can catch a movie these days.  If you're going to enter the field, you have to do something different.  I'm sure the "one stop shopping" concept appeals to a lot of people.  Why make a separate stop before or after a movie, when you can do it all at once?  I frequently pass by the intersection of Penn and Lackawanna.  It was so sad to see it dead.  I'm thrilled a business has decided to invest in a struggling downtown, and a struggling area, in general.

When I go to a movie, admittedly rarely, I like to watch the movie without distractions-- and go out for lunch or dinner afterward.  I'm not in the target demographic here.  The simultaneous dinner and movie thing doesn't have much appeal to me.

I suspect I'll be like a lot of people-- check it out when it opens next year to give it a fair trial.

This might not be the big anchor store home run a lot of people were wishing and hoping for.  On the other hand, the news restaurant, theater, and gym are big steps in the right direction.

I've noticed some stores, including Staples, have said "no" to opening Thanksgiving night.  Good move.  I know some families see holiday shopping as a group, fun activity...  but, I think you can give it a rest for a day.  Have a slice of pie.  Down a beer.  Watch a little football.  Take it easy.  There is plenty of time left to shop.

Shifting gears...  some Wall Street experts are predicting the end of McDonald's.  Sales are down.  Franchisees are having a tough go of it.  The breakfast all day thing isn't going over well.  Chaos in the kitchens.  People are eating cheaper breakfast sandwiches in the afternoon and evening rather than more expensive burgers.

I think predictions of McDonald's demise are far overblown.  Let me describe a scene I see weekend evenings, on my way to work.  I have a Wendy's on the left and a McDonald's on the right.  McDonald's usually has a drive through line around the building.  Wendy's is usually empty.  The McDonald's closest to me is a 24 hour operation.  There's always a car or two at the drive through, even at 3 AM.

It all comes down to this-- McDonald's has to battle the conception that its food is greasy, unhealthy junk.  I'm a student of the "everything in moderation" school.  A burger or an Egg McMuffin once in a while isn't going to kill you.  Don't do it every day.  McDonald's has to show consumers that it can do good food, fast.  Simple.

I have to admit, I was fascinated by Burger King's black bunned Halloween Whopper.  The black comes from A1 steak sauce baked in to the bun.  I do like A1, even though the experts on the TV show America's Test Kitchen judged it as too vinegary.  I can't remember the last time I had a steak.  I usually swap out ketchup on hamburgers for steak sauce, or barbecue sauce.  I walked into a Lackawanna County BK last week.  No Halloween Whoppers anywhere to be found.  No signs in the store.  Nothing on the web site.  Halloween isn't over yet.

I suspect the burgers were quietly pulled after social media reports surfaced that the Halloween Whopper has a certain colorful intestinal effect on some people.

I had a regular Whopper, sans mayonnaise.  It wasn't the same.  Color me disappointed.
AT 12:00 AM