The All Night Satellite 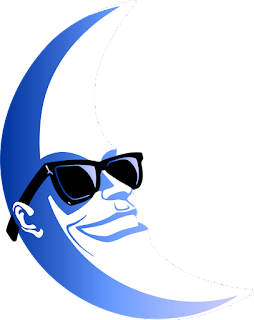 Due to a series of personal and professional choices, I find myself up all night most of the time.

I have no complaints.  Over the years, I've learned to appreciate the advantages.  They include no traffic, no lines at Walmart, a relaxed atmosphere at the all night gym,  fresh newspapers, quiet, some decent stuff on TV and radio...

I am still in awe of the majesty of a starry night, and the first glow of the sun peeking over the horizon.

A scatter shot of some late night/early morning things...

Stephen Colbert seems to have settled into a decent groove.  His show is solid.  He relies a bit too much on politics, but that's his thing.  I don't consider it "must see TV."  If I'm in the mood for a little late night TV, it's among my primary choices.

Jimmy Fallon still can't deliver a monologue, and I don't find his silly game amusing.  But then again, he has succeeded in making the Tonight Show his own, and I realize I'm not in Fallon's target demographic.

Seth Meyers is simply OK.  James Corden is an exceptionally talented and charming man.  His show is hit and miss.  Some bits are well executed and funny, while others fall flat.

There's a nice choice of news programs.  CBS has its very serious "Overnight News."  ABC has the very entertaining "World News Now."  CNN's "Newsroom" is also very good.  I flip around to make up the news deficit caused by sleeping all day.

I mentioned "Overnight America" on CBS Radio yesterday.  I'm also a big fan of Ben Maller's 2 to 6 AM show on FOX Sports Radio.  If I'm up early enough, JT the Brick, 8 to 11 PM, is also a good listen.  It should be noted that JT's update guy and sidekick, Tomm Looney, is an Elmira native and Penn State graduate.

There is a lot to be said for having "normal hours," but if you're going to be up all night, you might as well find ways to enjoy it.
AT 12:00 AM