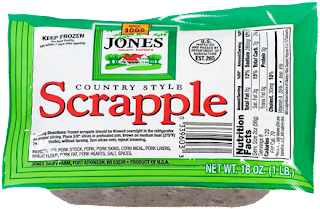 Penndot is the organization you love to hate.  I'm among the first to call it out when I find something lacking.  However, I find myself strangely sympathetic here.  The roads have to get fixed.   Overnight work isn't always the answer.  It's unfortunate local police departments don't have the manpower to control traffic on back roads and side streets when the interstates are backed up.  As for the rash of interstate crashes, it's just too much reckless driving and not enough speed control from State Police.  Also, I'm amazed by the number of nimrods who still ignore the wipers and headlights law.

Walgreens is buying Rite Aid.  Color me troubled.  Less choice is never a good thing.  I've always found Walgreens to be a bit pricier than the other chains.  Rite Aid is headquartered in Camp Hill, near Harrisburg, so it looks like a lot of Pennsylvanians will lose their jobs.

I get a major kick out of the fact that a local kid is the voice of Peppermint Patty in the new Peanuts movie.

It looks like some campaigns are heating up as we near Tuesday's election day.

I know central Pennsylvania is not my beat, but has anyone complained about the Crusaders nickname at Susquehanna University?  A new name should be in place this spring.

Are people still complaining about the Washington Redskins?

The Dickson City restaurant explosion is fascinating.  When will we reach critical mass?  How many chains can we support?

I can understand FOX Sports losing one source of power at the World Series Tuesday night, but I've never heard of the primary and back up generators both going down.

A new study shows processed meats, especially ham, bacon, hot dogs, and sausage are bad for you.  Is that really a surprise?  We all knew that.  However, a sausage sandwich and an occasional bacon slice isn't going to kill you.