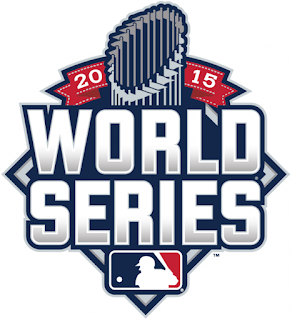 It starts tonight.  Mets vs Royals.  On paper, it looks like a great match up.  But then again, they always look great before the first game.

The American League has home field advantage, thanks to its win in the All Star game in July.  KS gets the first two and last two at home.  The designated hitter rule is in effect at American League parks.  It usually hurts AL teams when they're on the road.

The Mets are hot, but they've had a long lay off.  It will be a challenge to stay hot.  No DH for the Royals during those three games at Citi Field.

I admit, it's a guess, but it's based on the strength of New York's pitching.

I really don't care who wins.  I just want a competitive series, one that goes seven games.  The seventh game of a World Series is the most exciting event in all of sports, in my opinion.

The games are after my bed time.  I'll catch the highlights the following morning.
AT 12:00 AM