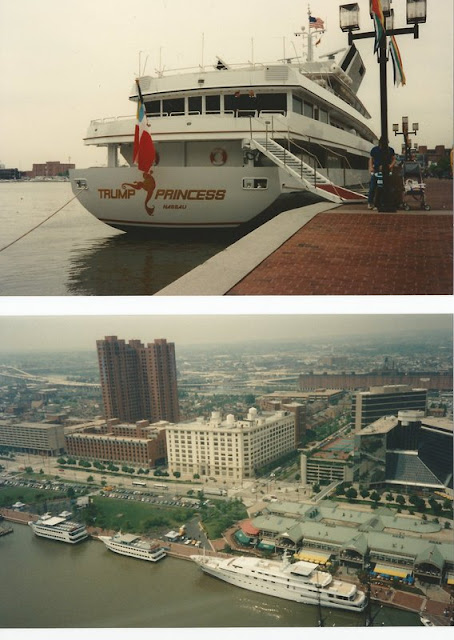 Today, it's a couple from the archives.

Donald Trump has been in the headlines, every day, since he announced a bid for the Republican presidential nomination.

Back in the late 80's, I happened to be at Baltimore's Inner Harbor when the Trump Princess came for a visit.  That's it in the lower right of the bottom photo.

Say what you want about the man and his presidential aspirations, but he knew how to run a clean yacht.  The New York Times says Trump bought she yacht from the Sultan of Brunei in 1987 for $30 million.  It was sold in 1991, to an Arab prince, for $20 million.  The Trump Princess is now known as the Kingdom 5KR.
AT 12:00 AM