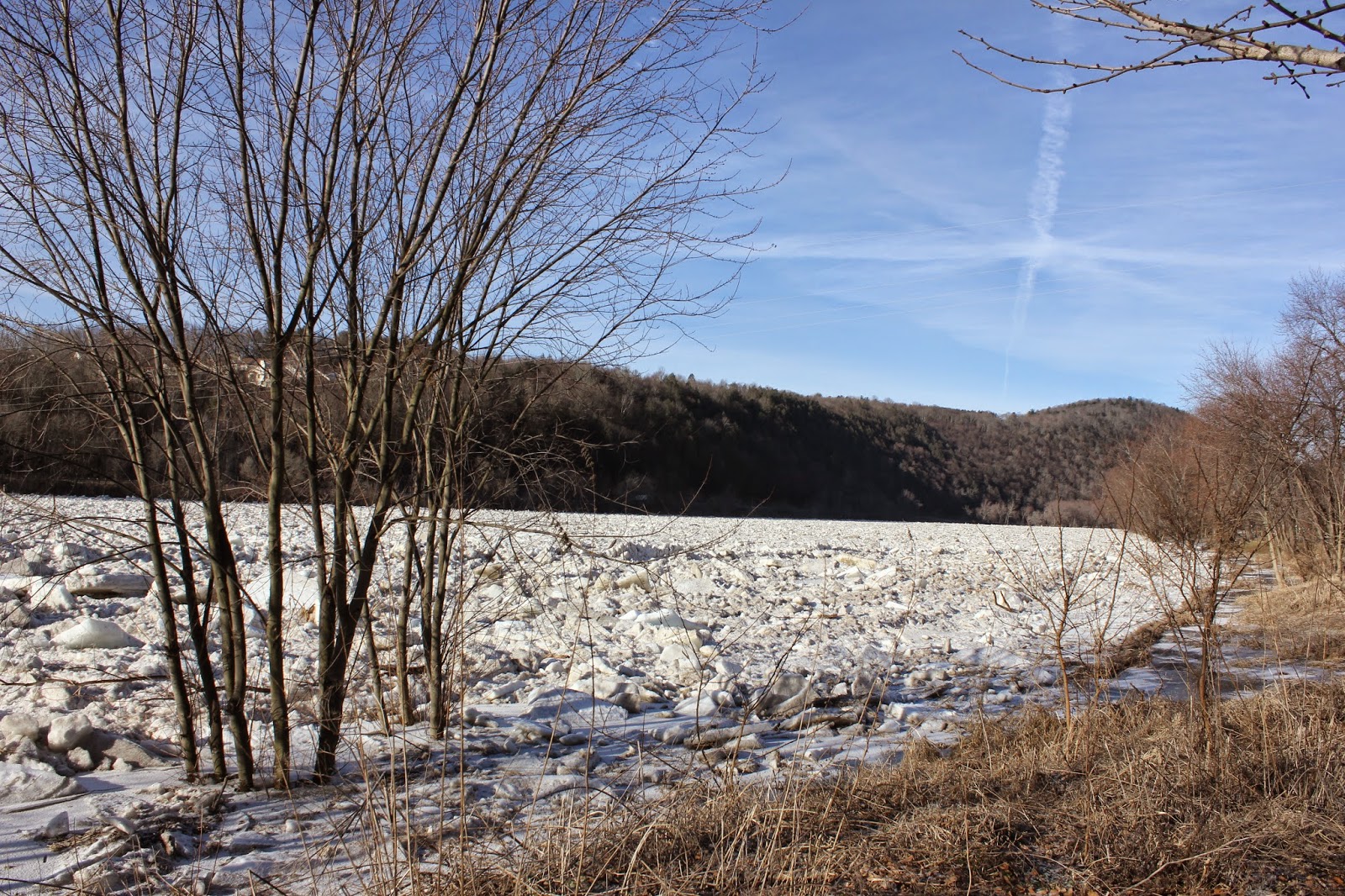 A massive ice jam formed on the Susquehanna River in the Tunkhannock area in mid March.  Flood warnings were up for days, but only minor problems were reported.

I took this photo of a jagged ice covered river on the morning of March 16.  I should have hit the video button on my camera.  The ice made noise-- groans, cracks, pops, and more as it built up.

A few hours after this photo was taken, the ice jam broke, and all of what you see here moved downstream, without issue.

Please take special note of the contrails in the upper right of the photo.  They form a star or asterisk, and I think that's a first for me.
AT 12:00 AM