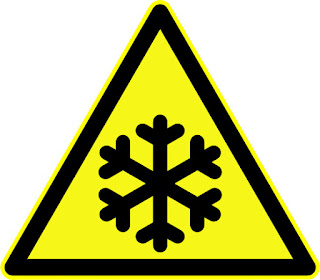 I cringed when I heard the words.  "Coastal storm."

The initial stomach tightening was due to the fact that these things are dangerous and capable of dumping snow in feet.

The rest-- the words were being uttered by meteorologists six days before the monster was supposed to hit.

This might be inside baseball, but here goes.  Thanks to amateur forecasters on social media, who spew snow totals at the drop of the hat, and have no accountability, the real meteorologists are under increasing pressure to deliver detailed forecasts before they're ready.

The real pros will tell you that you can't provide an accurate number until 24 to 48 hours before a storm hits.

Computer models were all over the place early in the week.  I saw several of those on television, everywhere.  I shouldn't have.    Again, go back to the 24 to 48 guideline.

As the days wore on, the prediction for feet in my little corner of the planet came down to inches.   The computer models fell in to place.  They agreed. The last Weather Channel forecast I saw, seconds before writing this, didn't mention any snow for Saturday.  Parts of the mid Atlantic, are due for a hammering.

I will admit that I did fall victim to the supermarket panic, to a limited degree.  I left for work early Tuesday, so I can hit a 24 hour store on the way to the office.  My home freezer always has a few extra things during the winter.  There's extra canned soup in the cabinet.  A friend got me an industrial sized box of Pop Tarts for Christmas.  Brown sugar/cinnamon.  I was at the store to stock up for work-- diet soda, Spaghetti O's.  Granola bars.  I brought in a box of Pop Tarts from home.

I'm glad the storm will say to the south, and predictions for a horrible weekend have fizzled.  I wasn't comfortable watching meteorologists, everywhere, forced out on that limb.  This is one case where it got sawed off.  The internet has taken away our patience, and it will never return.  We're forcing weather people to make calls out of their comfort zone.  What begins as an early warning has morphed into a dive for the panic button.