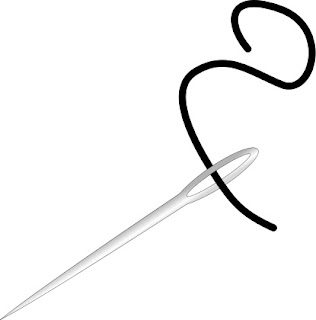 It happens from time to time, but it's really been a rash lately, and that rash has become more ferocious.

There's been a plague of bank, mini mart and assorted other business armed robberies.

You look for the link.  It usually gets traced back to drugs.

Drug abuse is a crime and sickness at the same time.  I find it hard to believe that it's easier to stick a gun in a mini mart clerk's face than it is to ask for help.

There are no easy answers.  Police arrest dealers.  Other dealers move in to take their place.  Fast.  Logic would indicate that if you get rid of demand, you'll get rid of the supply.  No one has figured out how to do that.  If you have the solution, let me know, and I'll pass it along.  The possibility of prison just doesn't scare some people.  That's the sickness part of this whole thing.

Another troublesome rash these days is workers stealing from their bosses.  Toss in drugs, plus the occasional big gambling debt, and you likely have the common thread there.  Problem gamblers can get help.  The casino industry pays for some of it.  Once again, it's ever to pull the lever on a slot machine than admit you have a problem.

My heart goes out to the addicted.  I'm sure no one wants to be a druggie or a problem gambler.  I'm also sure this rips families apart, creating even more issues.

If there's not enough, we seem to have another frequent problem around here-- people driving the wrong way on interstate highways.  All the evidence isn't in, but people are already pointing to alcohol as the common thread here.  I can understand how a wrong way mistake can be made.  Highway entrances and exits can be confusing, especially in the dark, and especially if you're not familiar with the road.  I can't understand how these drivers make it several miles without realizing what they've done.  Four people lost their lives Saturday morning.

The final common thread with the robberies, the theft, and the wrong way driving:  none of it needs to happen.
AT 12:00 AM