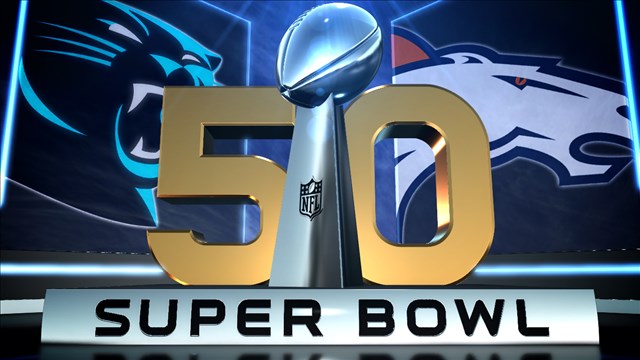 It's time for my annual Super Bowl pick.

I preface this by saying I'm the guy who predicted a New England/Arizona Super Bowl a few weeks ago.

I've looked at several sites.  Most have installed Carolina as roughly a 5 point favorite.  That's a lot.

I'm not sold on Peyton Manning.  He's not the QB he used to be.

Cam Newton is exceptionally talented.  His excessive celebrations trouble me.  It shows a lack of discipline.  Plus, those who celebrate wildly often struggle greatly when things don't go their way.

I like the way Denver shut down New England in the AFC championship game.

Carolina demolished Arizona in the NFC game, and that was impressive as well.

I'm taking Denver and the points.    Carolina is clearly capable of winning this game, but if they do, they will squeak by.

As always, my Super Bowl disclaimer:

The game is after my bed time.  I won't watch.  I don't care.  I'll probably watch a replay on the NFL Network.  CBS Sports is changing its logo and graphics.  I'd like to see that, although I'm not impressed with the logo that's leaked out.  CBS is using 62 cameras, and it will be interesting to see what the network does with that arsenal at its disposal.   Nothing bores me more than a discussion of Super Bowl commercials.  If you see me coming, change the subject, or advise me to keep moving.  The only funny spot from the last 50 years was the Letterman/Leno/Oprah thing several years ago.  I can watch Cindy Crawford drink a Diet Pepsi all day.  That's it.  That's the list.