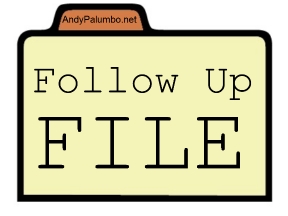 This week's radio nostalgia blog entries generated a lot of feedback.  Thank you.

It's been an amazing winter, hasn't it?

I was driving to Wilkes-Barre yesterday morning, and witnessed two drivers with shredded tires after hitting a massive pothole along Interstate 81 south near the Avoca airport exit.  You know the interchange.  It's the one with the roundabouts no one, except Penndot engineers, want.  I was returning 90 minutes later, and saw three more cars, pulled over to the shoulder with flat tires.  There is no excuse for the situation lasting that long.  No excuse at all.

Underestimate Donald Trump at your own peril.

Antenna TV has been airing Johnny Carson reruns since 1/1.  I expected my interest to have waned after the novelty wore off.  It hasn't.  I continuously marvel at how easy Johnny made it look.

MLB Network starts airing spring training games next week.  The games don't count.  You don't know most of the players, but it's still baseball.
AT 12:00 AM