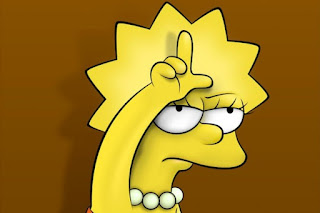 Cam Newton of the Carolina Panthers had a bad Super Bowl Sunday night.  There was a lousy news conference following the game.  80 words.  He was not gracious in defeat.

A few days later, Newton Said, show me a good loser, and I'll show you a loser.

You know what?  He's right.

Having said, Newton could have handled the post game news conference more professionally.  He was upset.  Naturally.  Newton needed to man up and answer the questions.

Losing is a fascinating subject.

Ben Maller of FOX Sports Radio always says the best stories are in the losing locker rooms.  More people are talking about Cam Newton this week than Broncos QB Peyton Manning.  Did he have anything interesting to say after the game?  Nope.  Cliches and a plug for Budweiser.

While I have covered a lot of sports, I've done more politics.  Losing candidates are infinitely more interesting than the winners, but no one wants to hear the losers.

I often think of that old 70's and 80's CBS game show, Tattletales.  If you don't remember it, or are too young, it was like a celebrity Newlywed Game, only it was with celebrities and they weren't necessarily newlyweds.  One question stuck with me.  "Have you learned more from your successes or your failures?"  For me, it was the failures.

Hillary Clinton said something after getting slammed in the New Hampshire primary the other night, and I'm paraphrasing.  She said stumbling and falling isn't important.  Getting back up, is.

Cam Newton has talent.  He might be lacking in the maturity department.  A lot of us were in that boat when we were in our mid 20's.  It will be interesting to see what the new season holds, beginning in September.
AT 12:00 AM