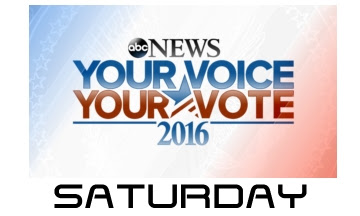 Voters in South Carolina go to the polls tomorrow, a Saturday.  It's one of a handful of states that allows weekend voting.

Every election, we hear how turnout is awful.  This is a presidential year, so I'm sure turnout around the country will be better than decent.  The Iowa caucuses and New Hampshire primary already produced big numbers.

Maybe we should change them all to Saturdays.  There would be fewer excuses as to why people didn't do their duty.  Make an event out of voting, not a chore.

I hasten to add that I've never missed an election in which I've been eligible, but we have to reach the casual Americans.

Part of me says that if you can't take 15 minutes out of your day, twice a year to vote, we shouldn't bend over backwards to make things easy for you, but I'm sure there are some who want to vote, but can't on a Tuesday.