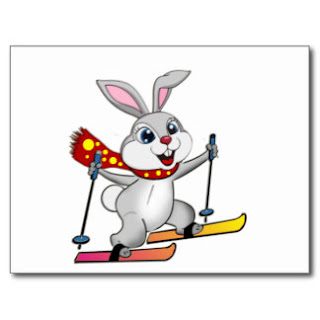 I have a couple of radio stories on tap for this week, and both have been triggered by television things.

Let me build my foundation.  We take skiing very seriously at WNEP.  It's a huge industry, pumping millions in to the area's economy.  Incomes depend on skiing and snow.  We get that.

During the early season snow drought and warm spell, we heard from a lot of skiers and people who depend on the ski industry to make a living.

We understand your problems.

Personally, I don't ski and I'm not a snow fan.  I don't like driving on it.  I constantly worry about family, friends, and coworkers who are out on slippery roads.  Don't give me the "Why don't you move if you hate it so much?" line.  I was born and raised here.  My family is here.  My job is here.  Let's move on.

Today's story is about community service and political correctness.  I worked in commercial radio from 1981 to 1991. WARM 590.   Loved it.

Every morning, during most of my time there, and it far pre-dated me, a woman from the Pocono Mountains Vacation Bureau would call in the ski conditions from area resorts.  Someone in the newsroom would record her report.  We'd play them on the air.  Remember, this was long before the internet.  There were many of these women over the years, and they all referred to themselves as "The Pocono Snow Bunny."

Could you imagine the politically correct uproar if The Pocono Snow Bunny reared her tail today?  I'd be hung by the toes if I called someone a "snow bunny."

The Bunny was around during a time when radio stations really cared about community service.  I don't remember, and I'm not sure if my station broadcast the ski resorts as a public service, or if money changed hands.  I suspect the latter.  I certainly hope so.  Nothing against The Bunny, but it was bad radio.  A woman, droning on about lifts, trails, bases and surfaces was rather boring.  It was done over a phone line, so the quality wasn't very good.

Eventually, The Bunny went away, hopping off in to radio history.  Don't ask me why.  Again, this was pre internet, so it's not like she abandoned radio in favor of a new medium.