Time On Your Side 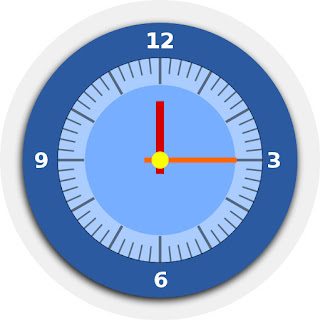 If all goes as planned, the Wilkes-Barre Area School Board will decide on half day sessions for Coughlin High School students.  Some would start earlier and get out around noon.  The rest would be in session for the afternoon, leaving around 5.

It should never have reached this far.  It's no secret the buildings in the district have been deteriorating.  It's reached crisis stage.  Kids and parents suffer because no one took the bull by the horns years ago.

The plan is to close Meyers, combine it with Coughlin, and put up a new building near North Washington and Union.  Of course, that takes time.  Buildings are falling apart.  A short term solution is necessary because previous school boards kicked the can down the road instead of making the tough calls.

I feel sorry for families where some kids will go in the morning, others in the afternoon.  It won't be easy.  Extracurriculars will be a challenge, but let's not lose sight that education comes first.

Having built the foundation, let me launch in to the reason for today's entry.

I went to school for half days beginning in February of my sophomore year, and all of my junior year.  Two buildings in my very sorry excuse for a school district were condemned.  They were fire traps. We were crammed in to one building.  Classes were held in every square foot of free space, including a disgustingly smelly weight/workout room.  I was lucky.  I went in the morning, and I was always a morning guy.

That year and a half of half days was fantastic.  The reason?  Well, it was less time exposed to incompetent administration and disconnected, lazy, uninspired  faculty.  (Yes, there were a few exceptions.)  I used my afternoons to go to real libraries, with real reference materials and real books.  I wasn't confined to that closet my school district called a library.  It was almost like an independent study program.  I probably spent as much time at Penn State's Dunmore campus as some of the college students, and I also bopped into Marywood's library once in a while.

Coughlin students, you have the Ousterhout, plus Kings and Wilkes.  Don't rely on the school district for your education.  Be aggressive.  Go out and learn something with your new found free time.  You could come out of this with a better education than you ever could have imagined.
AT 12:00 AM