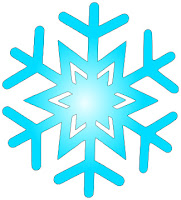 It's the last day of March, and I'm finally ready to declare winter "over."

It's strange to say that now, because, as I write this, cold weather and the possibility of snow are in the forecast.

I'm a cautious man, and I know it can snow well into April.  We were lulled in to a false sense of security this year.

I think I wore long underwear three times this year.  Last year, it was an every day thing.  The memory of standing in Freeland, in 10 degree below zero cold, and doing a story on frozen water lines will stay with me for a very long time.  Yes, we did have a cold pop this year, but it happened on a weekend-- when I'm safe and warm in a comfortable studio.

I didn't touch a snow shovel once this year.  I do have an industrial size and strength push broom, and I used it to get rid of the biggest snowfall of the year at my place.  Yes, I do know it was much different for our friends to the south.

I think I spent only three days on "road dog" snow report duty for Newswatch 16 This Morning.  Last year, again, it seemed like a daily thing.  Believe me, it's fairly easy to run out of things to say about snow.  That was not an issue this year.

It was an el Nino year, and we saw this coming.  However, I don't think anyone could have foreseen how warm and un-snowy it would be.  Is this an anomaly or the new normal?

Remember, weather is different from climate.  I truly believe the climate is changing.  But then, it's been changing since the earth was formed.  Climate change is a natural thing.  The big question:  Is "man" accelerating the change?