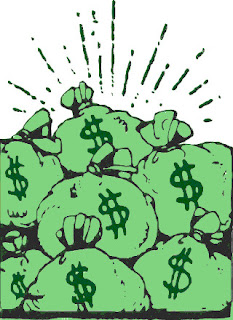 A long, long time ago...  when I worked for another company, there was a clause in my contract that stipulated that disputes first go to an arbitrator.  Lawsuits and courts would come later.

As I was going over the contract, paragraph by paragraph, line by line, and word by word, with my attorney, he asked "Do you know why they put the arbitrator clause in there?"  I didn't have the answer.  He said it's because when big companies go before juries, they lose.

Luckily, my time of employment with that company was problem free.  I was happy.  No complaints.  The contract was adhered to, on both sides.

We did see some interesting court cases recently.

The family of a young doctor who died and a big hospital company settled in the middle of a malpractice trial.  Terms of the settlement are secret, and that's standard procedure.

Sports reporter Erin Andrews won $ 55 million from a hotel company and the guy who secretly recorded naked video through an adjacent hotel room's peep hole.  It's likely Andrews will never see an amount close to that $ 55 million, but the message is clear.

A big natural gas oil and drilling company was found negligent in a suit filed by two families, alleging the gas drilling contaminated their drinking water.

So, what have we learned:

-In hospitals, there is no room for error, and workers will be held accountable.