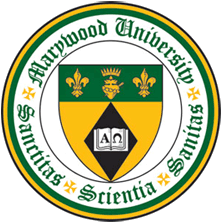 I warned you. so you knew this one was coming.  It's my take on the latest controversy at my alma mater, Marywood University.  It was a college back in my day.

Administration recently informed ten instructors that they would not be retained for the fall semester.  One has been rehired.

The ax fell via e-mail.  There's no way to put a positive spin on this.  Firing someone with an e-mail is a lousy way to do things and the professors deserved better.

Marywood is a business.  Businesses expand.  Businesses contract.  Believe me, I know that all too well.  The University has the right to adjust as it sees fit.  From what I understand, incoming freshman classes have been smaller than anticipated.  An adjustment was necessary.

On the other hand, look at the big picture.  I've been hearing rumblings about money problems for the past three years.  Marywood just spent big on a monstrosity of a library and the plaza in front of it.  According to the school newspaper, there have been other questionable expenditures.  Marywood has cut retirement benefits and budgets.

The red flag is running up the pole.

Some of the cuts were made in programs that put Marywood on the map.  The school has hired a company for guidance in what programs should stay, and what ones the school can do without.  It troubles me that cuts were made in the classrooms. If Marywood was looking for dead wood, I'm disappointed I didn't get a call.  I have a few suggestions.

Marywood is undergoing an administration change.  The president is retiring.  The search for a replacement is underway.  Faculty recently issued a "no confidence" vote against the current president and head of  business affairs.

I can see that a shiny new library can attract new students.  After all, who wants to attend class at a dated, tired campus.  Can the school be marketed better?  Likely.  I've never seen a marketing program that couldn't be improved.  I just wonder what potential students think when they Google "Marywood" and see the place in apparent disarray.  Get used to smaller incoming classes.

Look, I spent four years of my life there.  I value my degree, and I proudly tell people where I went to school.

However, I can't help but be saddened by the current direction.
AT 12:00 AM