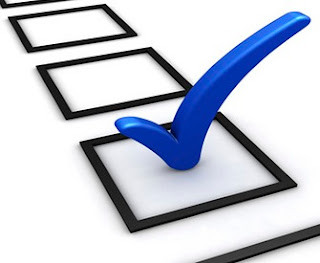 Once in a while, something comes along that stuns you with its arrogance.

Well, I agree with some of that.  We shouldn't take a stand WHILE WORKING and our work should be free of bias.  I am a professional.   I know how to separate the personal and the professional.

Once the day is over, it's a different story.

By the way, I should point out that Howard Stern thought Anderson Cooper's position is "insane."

I value my right to vote, and I'm proud to say that I've never missed an election in which I've been eligible.

I'm an independent, so I cannot vote for candidates in the primary, but I can vote on ballot questions, and I intend to do that Tuesday.

Cooper is not the first to go that route.  ABC's Charlie Gibson didn't vote until after he retired.  I loved Charlie, but I thought he was dead wrong.

Yes, we are supposed to be unbiased journalists, but we are also supposed to be responsible citizens, and responsible equals voting.  Plus, it would be hypocritical to go on TV, encourage you to vote, then skip out on my trip to the polls.

I will admit that voting became much tougher when I got in to the business.  I've met a lot of the people running at the local level.  Some have no business being in public office.

I study the issues.  I know where candidates stand.  But, there are times I simply go with my gut because you can't factor out honesty and character.