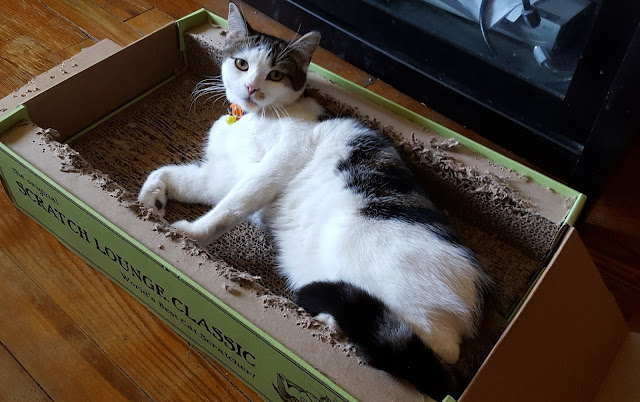 I haven't given you a Nathan update in a while...

The little tyke, rescued from the streets of Wilkes-Barre is going great.  He gets in to everything, and that's part of his charm.  You can't get angry at him.

I took this picture last week, while Nathan was resting in one of his favorite places.  It's a box, made of big sections of corrugated cardboard.  Cats scratch the sides and bottom, then take a nap in it.  As you can see from the sides, Nathan is also a chewer.

I got this particular box on-line, but most pet stores and even WalMart carry some version of them.  They're not inexpensive, but Nathan likes it, and I'd rather have him chew and claw a box than other things.
AT 12:00 AM