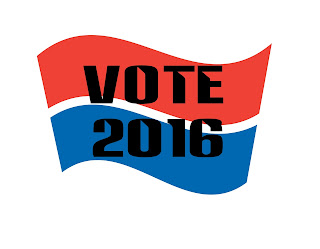 For the first time, in a long time, Pennsylvanians will have a say in the Republican and Democratic presidential nominees.

Hillary Clinton is having serious problems locking up the nomination against a 74 year old Socialist from a tiny state.  There is no doubt Clinton will eventually prevail.  The math is heavily on her side.

As for the Republicans, Donald Trump is a neighbor, and he remains very popular.  John Kasich is a neighbor on the other side.  Kasich should do okay in the western part of the state.  The center and northern tiers are very conservative, and that tells me Ted Cruz has potential to star there.

We haven't had many high level visits in recent years.  We did see the surrogates.  That means we got the friends and relatives, while the candidates spent their time in the big cities.  I expect that to change this year.  The race to the primary isn't beginning that way.  Bill Clinton is in Scranton today.  Surrogates don't get any bigger than that.

Last week, President Obama chided the media for not questioning more, probing more, investigating more.  You know what?  He's right.  While we have seen a record number of debates, real, meaningful candidate access, especially beneath the network level, is extremely rare.  The handlers and consultants package candidates like a supermarket product, and it's a wall that's nearly impossible to break.  An informaed electorate is vital to a functioning democracy.  The biggest impediments appear to be the candidates themselves.
AT 12:00 AM