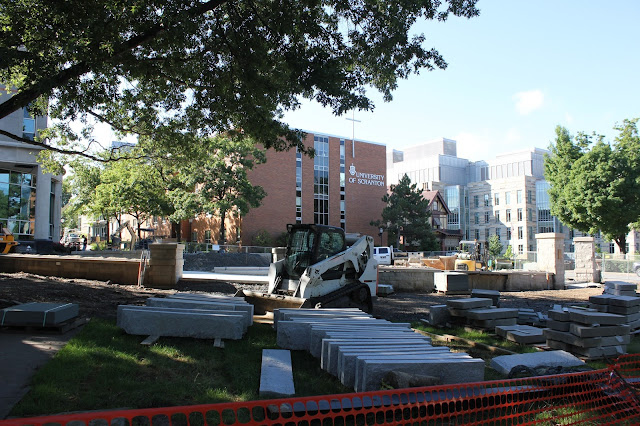 I assumed the project would be further along when I visited the University of Scranton a couple of weeks ago.  The college is sprucing up some areas on campus, including the plaza in front of the library, just where Linden Street enters the campus from downtown.

If there was one knock on the U of S, it was the aesthetics.  For a long time, it simply was not an attractive campus.  Urban schools often have that problem.  Administration apparently realized that.  They've taken big steps in recent years, including a lot more green space.