It was a fixture along George Street in Throop since before I was born. 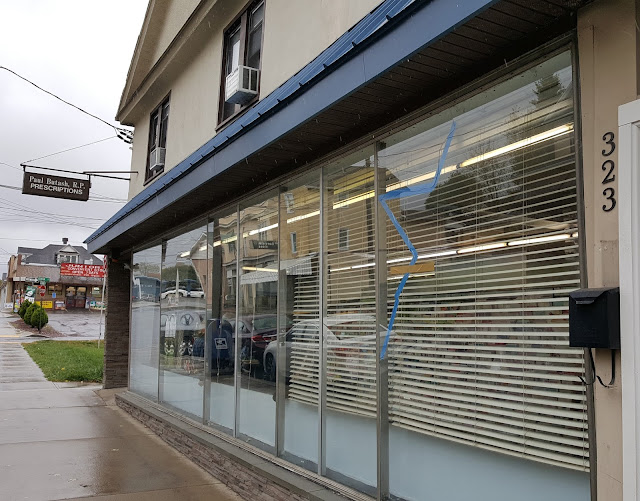 To those who never grew with a place like this within walking distance of home, I am very sorry.  You knew them.  They knew you.  It was a small store, but it everything you wanted or needed, including a tiny post office branch.

I do not associate Butash Pharmacy with being sick, but rather, being well.  Let me explain.  Of course, it was the place to get all your prescriptions and over the counter medicines.  There was another part of the store.  The original location featured a freezer to the left of the front door as soon as you walked in.  Popsicles.  They always had my favorite, vanilla.  Root beer was a close second.  Most summer days featured a short bike ride up the street to grab something cold.

Fire destroyed the original location in 1988.  I was working at WARM at the time.  One of the hardest things I ever had to do was watch the building burn, and report it on the radio.  I was thrilled when the pharmacy reopened and moved across the street, and I put that on the radio, too.

The owners decided the time has come.  The store closed Saturday.  Price Chopper has the prescription business.

I have to admit, it's been a while since I was here.  When you're mobile and work odd hours, it's tough to bypass the big chains.  I do know a few people in the old neighborhood who are heartbroken about this.  I understand.  A store closes, and it's like losing a friend.

I stopped by Saturday, just before the doors were locked for the last time.  We talked about the way things used to be.  Throop had dress factories, and the workers always stopped by for what they needed.  Throop used to have several doctors.  Patients would just walk down the block or up the street to get prescriptions filled.  Most of the doctors are gone, and now, so is Butash Pharmacy.

I should point out the Butash family helped in community events, sponsored a softball team, etc.  They knew loyalty is a two way street, just like George Street, which now has a big hole right in the middle.
AT 12:00 AM