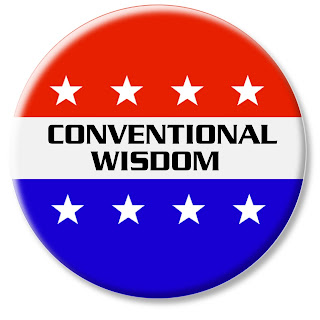 When there is no real election news on any given day, the networks usually trot out a poll to make a little news of their own, generate a little heat.

For a blog entry last week, I pondered the presidential elections I've covered, albeit from a distance.

I decided to expand that to presidential elections during my lifetime for this blog entry.

1984:  Another Reagan romp.  The victim this time is Walter Mondale.

2004:  Bush won the vast majority of States, but John Kerry had the big ones.  This was another close one.

2012:  Obama and Mitt Romney had roughly the same number of states, but once again, the Democrat had the big ones.  Obama wins again.

2016:  According to most polls, this one is breaking Hillary Clinton's way, but this has been an exceptionally unusual year.  You never know.  Two weeks until election day.
AT 12:00 AM